Decision on Irish Water charges to come within 10 days 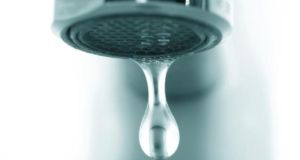 Minister for the Environment Phil Hogan said people have a choice of having their water meters installed or having an assessed charge imposed on them.

The Government will be making a decision in relation to water charges within 10 days, Minister for the Environment Phil Hogan has said.

Speaking to reporters this morning, Mr Hogan also denied Irish Water will need more staff to install infrastructure and operate the State’s new water utility company or that there will be a surfeit of employees working in former water divisions of local authorities.

Mr Hogan said the company would require “no more or no less” than the number of employees that had been prescribed for Irish Water.

“The regulator will be looking at the establishment costs and the necessary numbers of people that are required to run an entity like Irish Water,” he said.

“We are not setting up an entity that is going to be bulging with additional staff. Local authorities have already reduced their staff complement over the past four years by 25 per cent.

On the ongoing protest in the Togher area of Cork over the installation of water meters, he said that people had a simple choice of having their water meters installed or having an assessed charge imposed on them. He said that metering was a more sensible way. He added that he expects the water tariff to be finalised in ten days.

“We’re trying to do this in as fair a manner as possible. The Government will be making a decision in relation to the water tariff and the structure of that within ten days, so I would ask people to cooperate with the most user-friendly way as they can. I think this is the fairest way to implement this charge.”