Cheating in planning was ‘endemic’ in Kerry, says An Taisce 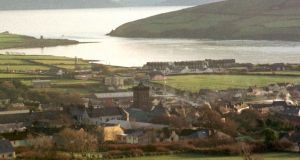 The village of Dingle in Co Kerry. Photograph: Don MacMonagle.

Cheating and giving false information was “endemic” in planning during the boom time in Kerry, An Taisce has claimed. Landscaping conditions attached to planning were also regularly ignored, the heritage body has told Kerry County Council.

In a submission to the draft county development plan for 2015-2021, An Taisce claims that farm families enjoyed favouritism in planning, with less stringent conditions than others.

“An Taisce is aware of cases where the house was sold to an outsider, despite having an occupancy clause for a particular person,” Dr Catherine McMullin, An Taisce’s honorary planning officer for the region, said.

Sites with planning for family members would be sold off for large amounts of cash to avoid occupancy clauses which would be expected to be more stringently enforced in cases where mortgages were needed, she added.

In a strong submission to the new county plan, the heritage body says bluntly that “much rural housing is unsustainable and uneconomical”.

About half of the more than 11,700 now empty houses in Kerry – excluding holiday homes – are rural houses.

The county council has not responded formally to the claims. However, it is understood it is aware of cases of houses granted to family members being sold to outsiders and also of some cases of false information.