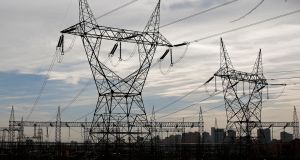 Campaigners against Eirgrid’s GridWest project have welcomed the company’s decision to abandon its pylons plan between Cork and Kildare.

Based in north Mayo, the Moy Valley Protection Group opposes plans for the 400kv grid link, and is also opposed to two large wind farm projects planned for the area by Coillte, the ESB and Bord na Móna.

The Coillte proposal for a 48-turbine farm at Cluddaun, Co Mayo, was turned down by An Bord Pleanála last May (2015),while the appeals board is still considering an adjoining 112-turbine, €600 million scheme at Bellacorick, backed by an ESB/Bord na Móna consortium, Oweninny Power Ltd.

“We believe that the only reason GridWest was proposed was to draw from these wind projects, which were earmarked for an unsuitable area of outstanding beauty against the wishes of the local community,” Mr Farrell said.

An Bord Pleanála has sought further information on the Owenniny project, which could push a final decision into next year, Mr Farrell said.

“If, in addition to Cluddaun, the Oweninny wind farm is refused planning permission and Grid West is then not built, the State will save in excess of €1.2 billion of infrastructural expenditure which can then be spent on other more pressing areas such as the health service and water,” the Moy Valley Protection Group has said.

“In addition, this will help lower electricity bills in Ireland which are the third highest in the EU mainly because of the cost of wind energy - which is very expensive when compared to alternatives,” it said.

“We’d like to congratulate the groups which opposed Eirgrid’s plans for Cork to Kildare,” Mr Farrell added.