Another Life: The aliens among us – accommodate or eradicate?

The unprecedented spread of misplaced plants and animals, transported through global human activity, feeds growing argument among the world’s ecologists 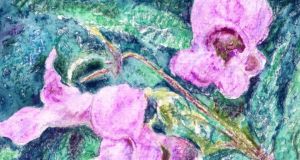 A stray seed like a little black ball bearing flew from a passing wheel some years ago and took root at the soggy roadside outside the gate. The next summer it produced a spray of new and lovely flowers. I picked them to paint, seeking their vibrant pink among my watercolour pencils.

It was just as well I didn’t leave the flowers to make seeds, spraying hundreds explosively for many metres all around. The hill stream that runs through a corner of our acre might now be lined with Himalayan balsam, Impatiens glandulifera, right down to the sea, which the bumblebees would have loved.

A photograph from a friend in south Connemara shows the remarkable mass of pink blossom that has appeared this summer. Conservation ecologists are dismayed by the alien balsam’s steady march to the last, moist fringes of the island.

On its home territory in the Himalayas this lanky, 2m-high annual wild flower lines mountain streams at altitudes of 2,000m-3,000m. It was first brought to England by Victorian plant hunters as an exotic novelty. By the end of the 19th century it was the tallest annual wild flower in Europe and also, officially, a weed.

Today the balsam’s control is seen as a problem along waterways and in many damp woods of Europe and North America. (Go to himalayanbalsam.ca/Our-Song for a heartfelt ballad, The Himalayan Balsam Blues, composed for a conservation group at Pigeon Lake in Alberta.)

Thickets of the plant root shallowly and are easily demolished. Bouts of “balsam bashing” are widely undertaken in the UK and emulated here (along the River Barrow, for example) at the prompting of the Inland Fisheries Board. One summer’s bashing, however, is rarely enough, given the viability of seed already shed.

Flora Britannica, the 1996 opus in which Richard Mabey assembled the botany and folk culture of UK plants, demonstrated mixed opinions about the balsam. Along with the concern about its spread came much pleasure in its bee-loud colour on the banks of normally bleak urban streams.

What, exactly, is wrong with it?

Its dense and rapid growth certainly smothers native plants and, killing them off, can leave some riverbanks open to erosion in winter floods. It competes, perhaps too successfully, with neighbouring wild flowers for the attention of pollinating bumblebees. And recent UK research into effects on other insect communities found native leaf eaters much diminished in balsam thickets, and beetles and spiders left short of prey. (See iti.ms/2b0s3Nq.)

As with its fellow undesirable aliens Japanese knotweed and giant hogweed, the search has been on for biological controls. A promising rust fungus was collected from stands of balsam in its native Himalayan range and is now under field trials in Britain.

The unprecedented spread of misplaced plants and animals, transported through global human activity, feeds growing argument among the world’s ecologists. On one side are those concerned with protecting native ecosystems, their species adapted over thousands of years, or to repair degraded habitats through “restoration ecology”. Their efforts often rest on nature’s many “ecosystem benefits” in goods and services for humankind.

This wide consensus is now challenged by ecologists who urge acceptance of new ecosystems shaped by the scattering of newly dominant species, along with shifts in climate. The planet has always known change in its local mix of species, but by slow extinction, succession and evolution, not today’s headlong pace.

Should we stop spending effort and money on keeping or restoring landscape habitats at a particular “natural” stage of biodiversity (also the one we happen to know and love, or grew up with)? Or should we think it possible, as argued by the UK environmentalist Fred Pearce, that, in their bold, unstoppable advances, “invasive species will be nature’s salvation”? This is the core provocation of Pearce’s recent book, The New Wild. It deplores the sweeping “demonising” of aliens, arguing that they have “as much right as natives to join in” where ecosystems are “open and dynamic”.

Ireland has certainly been open to such invasive new species, together with the alien seaweeds and marine life that are beginning to crowd our shores. Most of our mammals have been deliberate or accidental human imports over time, to which the island has adapted. But the most recent (the bank vole and the greater white-toothed shrew) are exerting rapid and unwelcome pressure on native species and biodiversity.

Ian Montgomery, a professor of animal ecology at Queen’s University Belfast, has warned that such small-mammal introductions can cause “invasional meltdown” and threaten to turn our island ecosystem into “an ecological junkyard”.

The UCC mammalogist Paddy Sleeman agrees. “What happens with invasive species,” he says, “probably depends on local circumstances and a subtle interplay of genetics, ecology, evolution and climate. This is an issue that will define our time.”