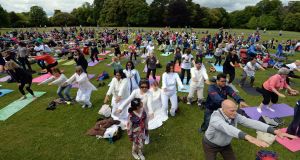 Yoga at St Anne’s Park in Dublin. Local residents may object to the planned development so close to the amenity. Photograph: Eric Luke

Developer Greg Kavanagh’s New Generation Homes wants to build 107 houses and 274 apartments on 15 acres bought earlier this year from the Vincentian Order. The lands are part of the playing fields of St Paul’s College secondary school.

One of the busiest developers in Dublin, Mr Kavanagh (30) from Arklow, who has described himself as “the Ronaldo of the property market”, is behind several large scale residential developments around the city.

So far this year his companies have submitted 10 planning applications to Dublin City Council alone, most of which have been for housing developments, with several more applications on hand in other local authority areas. 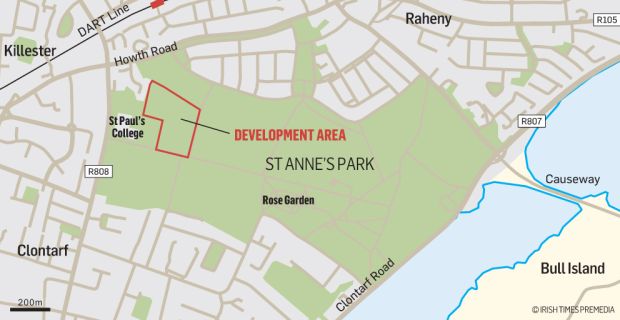 Several councillors have also questioned if land bought by the Vincentian order from the then Dublin Corporation in the 1950s should be used for housing or retained as amenity land.

The proposed houses would be a mix of three and four-bedrooms of up to three stories in height, while the one, two and three-bedroom apartments would be built in six five -storey blocks.

In a statement prior to submitting the application New Generation Homes said: “No houses are being proposed in St Anne’s Park and the application is in respect of St Paul’s College land only.”

The sports centre would include a basketball court flexible for other sports such as soccer, badminton, changing rooms, gym, multi-use rooms and a “hurling wall”.

The new school facilities are being financed by an investment of €8 million by the College Trustees, following the sale of the land.