What’s hot and what’s not in Ireland’s universitites 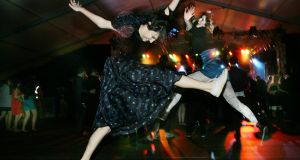 Three things I like about UCD and the city it is in:
1 Student life – I enjoy living in Dublin and especially going to college in UCD as the student life in the city is second to none. There is an abundance of student-tailored locations that cater to diverse interests and tastes.
2 Availability of excellent facilities – Studying in Dublin, especially in UCD, comes with the added benefit of access to world-class sporting facilities which are simply hard to come by in other parts of the country, eg UCD has an Olympic-size swimming pool and state-of-the-art gym.
3 Networking opportunities – Dublin is blessed with an abundance of third-level colleges and studying in UCD has afforded me with countless opportunities to interact with hundreds of students from various backgrounds and nationalities, thus broadening my view of the world.

What I don’t like so much:
1. Traffic – As much as I enjoy studying in Dublin, the high level of traffic during peak hours is a constant pain, especially as UCD isn’t as easily accessible as, let’s say, Trinity, which is right in the city centre.
2 High cost of living – Dublin is recognised as one of the most expensive cities in Europe and definitely the most expensive city in Ireland and, as a result, studying in UCD doesn‘t come very cheap, as the cost of necessities such as rent, food and transport is much higher compared to the rest of the country.
3 Noise – As much as I enjoy the vibrant and lively culture in Dublin, sometimes I miss the peace of the countryside as this is a luxury that’s impossible to recreate in UCD. The surrounding areas are generally occupied by noisy students and, sometimes, all you want is a nice quiet stroll along the fields.

What I love about Trinity College and the city it is in:
1 Scenery – For me, walking through the gate into Trinity’s Front Square is a pleasure that never stops giving. You leave behind the hustle and bustle of the city and enter into, what can only be described as, an alternate universe, one that floods your senses with birdsong, outstanding architecture, peace and serenity.
2 Impassioned lecturers – Lectures are given (mostly) by articulate, passionate and engaging academics who are considered top of their respected fields.
3 Location – Trinity is located in the centre of Dublin city centre which means you are in the thick of the buzz and always near to so many interesting places to sit, eat, read, drink and dance.

What I don’t like so much:
1 Space – The distinct lack of student spaces, a situation which continues to worsen each year.
2 Funding issues – That the third-level funding crisis has led to what the administration see as an inevitable fall into the commercialisation of education.
3 Tourists – They want you to take a photo of them having fun on Trinity’s campus, while your essay deadline is three hours away and you haven’t started yet.

What I like about DCU and the city it is in:
1 Campus life – There are more than 120 clubs and societies in DCU and they generate such a buzz on campus throughout the year with loads of events on every week.
2 Location – No matter what campus you’re based on, you are never more than 20 minutes from the city centre.
3 Help and support – There are great supports in DCU such as the Students’ Union, the Maths Learning Centre, the Counselling and Personal Development Service, the Careers Service and so much more – always ready to help you with any problem you may be facing.

What I don’t like so much:
1 Costs – Being a student at the moment is tough, it is hard to find affordable accommodation for the academic year, especially in Dublin, and it is also expensive to live in the city.

What I like about NUI Galway and the city it is in:
1. Location  – With such a large student population in the city, it’s no wonder Galway is known to be vibrant.
2 Surroundings – When timed just right, a simple seat in the sun is second to none for a solitary pose or a sociable chat anywhere along the waterways or one of the cafes.
3 Campus life – Additionally, NUIG’s clubs and societies help make this a defining period in their students’ lives. Subsidised sports’ clubs, along with well-organised and funded societies, offer new and challenging opportunities to many of the students who end up more rounded and beneficial to society as a whole.

What I don’t like so much:
1 Housing – Contrarily, as autumn approaches, the streets are darkened by the annual students’ crusade for housing that drives rents up, and conditions down. One needs only to look at faults, such as the lack of cycle lanes or pedestrian black spots – such as the Salmon Weir Bridge – to know that all is not well in the planning of the city. But with the level of creativity in the inspired and inspirational students, I am optimistic they will go on to lift their town to the heights it deserves.

What I like about Maynooth University and the city it is in:
1 Location – Looking back on my time here as a student in Maynooth University I can’t help thinking of all the wonderful experiences I have had in the last four years. There are so many positive elements about the university town, for example, the landscape around us.
2 Campus life – Maynooth is a beautiful campus with breathtaking views, particularly on our south campus. It was always fantastic to walk or run around the pathways whenever I had the time. As well as that, Maynooth is home to more than 120 unique clubs and societies – there really is something for everybody in the audience. From busking to Disney to dance, or every field sport you can think of, there is a place for everyone to feel safe, included and welcomed. The friendships and memories created are simply priceless. For me and many, Maynooth University has brought out the best possible version of ourselves that we can be in ways that cannot even be explained.
3 Community spirit – Another thing I will always value in my university town is the atmosphere around here. People are warm and friendly, and they will stop at nothing to provide help for one and other. There really is a sense of community spirit and long may it continue.

What I don’t like so much:
1 Parking – Very few things in the university town disappointed me but one thing that could be difficult was parking. The university is growing and growing but a negative affect to that is parking spaces. You would have to be in quite early to secure your spot.
2 Accommodation – Another thing that could be difficult is accommodation. There are many rooms available but they can be sometimes tricky to come across.
3 Commute – To add to that, our students who commute could sometimes have difficulty in regards to trains and buses. These services have become increasingly busy and sometimes it can be difficult to master the timetable to secure your space on transport when commuting.

What I like about UCC and the city it is in:
1 History – UCC, what’s not to love about it? Its rich history is one facet, as it’s been functioning as an educational centre since 1845, if only the walls of the Quad could talk.
2 Campus life – The campus itself is beautiful and many of its original buildings have been retained. The Quad on a sunny day is a very special sight to behold.
3 Location – UCC’s location, too, is fantastic. The city centre is only a five-minute stroll away. The city itself is delightfully compact and it doesn’t take long to get to where you need to be. There’s the English Market, which is an amazing asset to the city. I often go just to weave in and out amongst its great smelling stalls.

What I don’t like so much:
1 Roads – In my eyes, where Cork falls down, it has to be its narrow roads designed for the horse and cart.

2 Loyalty – Its undying affection for both Beamish and Murphy’s stouts (as a Guinness drinker, I’m essentially shunned whenever I order a pint).

3 GAA – As a Tipperary man, it kills me should they ever beat us in our Gaelic games.