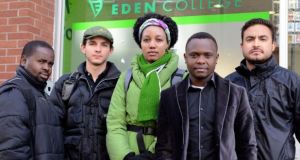 A tighter regime for the issuing of student visas is the cornerstone of the Government’s new plan for regulation of the international education sector in Ireland.

Minister for Education Jan O’Sullivan and Minister for Justice Frances Fitzgerald today announced a series of measures aimed at preventing the abuse of the student immigration regime which led to the closure of several English language colleges this year.

They say the move will not only clamp down on abuse of student immigration but support high quality education providers and protect international students.

More than 2,000 students have been affected by the closure of schools in Dublin and Cork which were withdrawn from a list of approved colleges after visa irregularities were identified.

l A much more restrictive list of education programmes will be eligible for student immigration purposes;

l An enhanced inspection and compliance regime will be introduced to monitor educational quality and immigration compliance; and

l Changes to the to the operation of the work concession which allows non-European Economic Area (EEA) students to work under a student visa.

“The working year for the concession will be standardised to clamp down on abuse and to make the situation clearer for students and employers alike,” the Ministers said.

On the new restrictions applying to visas, they added: “Only programmes which are accredited by Irish awarding bodies in the English language and higher education sectors will be permitted to recruit international students, with a few specific exceptions.

“Institutions will be required to have a track record of educational quality and immigration compliance.”

The student visas allow people from outside the EEA to work part-time during college term and full-time out of term.

However, allegations emerged earlier this year that attendance records were falsified in some schools to disguise the fact that some people on student visas were using them simply to get work here.

Following investigations, the Irish Naturalisation and Immigration Service (INIS) - which operates under the auspices of the Department of Justice - withdrew a number of colleges from an approved register.

Today, the Ministers said the reforms were necessary “to protect the consumer and educational interests of genuine international students, to tackle abuse of the labour market and the immigration regime, and to safeguard the strong international reputation of high-quality Irish education providers”.

The recommendations emerge from the deliberations of a task force established to help students affected by the closures.

The task force report noted that, despite strengthened rules in place, “there continues to be abuse of student immigration by a number of low quality providers”.

The new rules will take effect from January 1st 2015 and are set out in a policy statement “Regulatory Reform of the International Education Sector and the Student Immigration Regime”.

Ms O’Sullivan said: “Thousands of high-calibre students from around the world come to Ireland to study in our universities, institutes of technology, private colleges and English language schools. These students make a significant contribution to campuses and communities across the country.

“We cannot let our international reputation be damaged by low-quality provision or rogue operators. These reforms are crucial to ensuring that only those providers which can offer the highest standards can attract international students.”

The Ministers also thanked industry groups Marketing English in Ireland and the Higher Education Colleges Association, along the Irish Council for International Students, for contributing to the task force.

Students affected by the closures are encouraged to monitor the student task force website (www.studenttaskforce.ie) for further updates.