Teachers Union of Ireland votes in favour of new deal 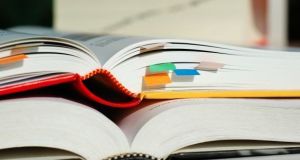 The vote means members of the union stand to benefit from pay increments and new payments for supervision and substitution from this autumn. Photograph: The Irish Times

Major divisions have opened up within secondary schools after the Teachers Union of Ireland (TUI) voted to continue working additional hours what were introduced in the austerity era.

The vote means members of the union – which represents about one-in-three teachers – stand to benefit from pay increments and new payments for supervision and substitution from this autumn.

However, members of the Association of Secondary Teachers in Ireland (ASTI) – which represents the majority of teachers – still face the prospect of pay freezes and financial penalties after rejecting these so-called Croke Park hours a fortnight ago.

The prospect of hundreds of school closures in the autumn linked to this dispute remains a strong possibility.

The TUI voted by a margin of 63 per cent to 37 per cent to accept a broad deal it struck with the Department of Education. The turnout was 57 per cent.

The union’s executive had urged members to vote Yes to the deal which, it said, provided concessions and stepping stones for progress on workload, terms and conditions and bureaucracy.

The union said the expectation that the “scandal of discriminatory pay afflicting new and recent entrants to the profession will be dealt with” was key to the vote.

It also said members had taken clear note of a deal to restore allowances to firefighters, raising the prospect of similar measures for teachers.

The decision is likely to come as a relief to the Government, which was worried about the prospect of growing militancy and widespread industrial action across the secondary school system.

The TUI said union remains committed to the elimination of casualisation within the teaching and lecturing professions.

The acceptance of the deal with the department ensures that TUI members will maintain benefits such as a shortened length of time for teachers and lecturers to achieve permanency.

“The accepted agreement, which addresses issues which were not dealt with by the Lansdowne Road agreement, provides tangible concessions as well as additional stepping stones for further progress on workload, staffing and funding, terms and conditions, bureaucracy and professional autonomy,” it said.