Students flock back to engineering and architecture 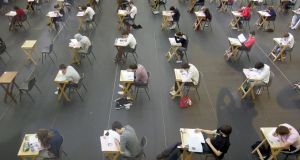 Demand for courses in agriculture, engineering and architecture have risen shaprly, latest figures in third-level education show, indicating renewed confidence in the building and construction sector.

Student interest in science and business continues to grow but demand for subjects related to the built environment has rocketed, based on preliminary information on student first preferences put together by the Central Applications Office (CAO).

The CAO collates data received from the higher education institutions and this data is for applications received by it up to February 1st. By that stage more than 73,000 applications had been received, up by about 2,000 on 2013 the CAO said.

The details suggest that students and their parents are responding to what they see in the media and hear on the street when it comes to career choices. Gone is the property bust, and instead there is fresh confidence in subjects linked to property and development.

Built environment first preferences in Level 7/6 courses is also very strong with a 100 per cent increase year on year. This increased demand could be being fuelled by the rise of property values, particularly in Dublin.

Comparing built environment figures over a longer time frame alters this positive picture somewhat. There were about 580 first preferences registered across all institutions for built environment in 2008. Demand plummeted along with property values after that year, bottoming out in 2013 at about 130.

This year however it is back up to more than 300, the reason for the large percentage change, but still below the boom time high of 580. This holds true for architecture which is up strongly this year but is almost 300 first preferences behind the peak of 850 back in 2008.

Science had increased by four to five per cent per year over the past few years, but for 2014 the percentage change was small, less than half a per cent. Yet a look at the data back to 2008 shows that the numbers giving science a first preference has almost doubled over the past six years, reaching close to 10,000. Clearly students are responding to the repeated Government calls to study science, technology engineering and maths.

This is also reflected in engineering and technology subjects. First preferences went up by about 10 per cent this year but looking back only small but continuous increases were registered.

Both science and engineering may also be seeing increased demand as a direct result of the bonus points given for a pass in higher maths.

Agriculture/horticulture subjects also found favour with students, seeing a 12.2 per cent increase year on year. These subjects have also registered consistent year on year increases in demand for places at third level.

Demand for many of the human medicine and health subjects are static or falling including medicine, dentistry and pharmacy. Nursing is also down by just over five per cent, perhaps a response to nurses’ protests over low pay. Physiotherapy is up however along with “other” health care subjects.

In other areas, law first preferences are up by about four per cent and administration/business is up by 5.6 per cent.

University College Dublin and NUI Maynooth both issued statements in response to the CAO data with UCD saying its 9,218 first preferences across all subjects is eight per cent up, while Maynooth saw a rise of five per cent.