Leaving Cert: ‘We had expected another bloodbath but it was fine’ 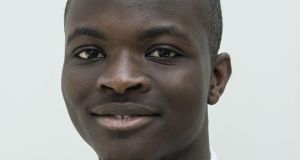 After last Friday’s ordinary level maths paper, I was devastated. The whole class was devastated. A lot of my classmates just left the questions blank; they didn’t have any idea where to start. People are really worried about how this might impact on their CAO points, and whether they will pass or fail.

So, on Sunday, our maths teacher, Valerie Kane, brought us together for a block study class, to boost our confidence, ease our fears and get us ready for today’s paper two.

When we opened the paper, people laughed with happiness. We had expected another bloodbath, particularly as paper two has a more difficult reputation, but it was fine. The first two or three questions were actually quite easy.

It was a good start to the day. It got better. I took the higher level Irish paper in the afternoon. It went really well. Too well, arguably: here’s an exam that has a time allocation of two hours and 20 minutes. I was done in an hour, as were a lot of my classmates. Maybe we have a particularly good teacher. Fluent I’m fluent in Irish. My family moved to Ireland from Nigeria when I was nine years old and they put me into a Gaelscoil, Lis na nÓg in Ranelagh. I had some English but not a word of Irish. After a year and a half of listening, I’d grown into the language. For the first three years of secondary school, I went to a Gaelscoil in Cabra. The commute from Adamstown became too much so I moved to this school. I love it here.

The Irish language has stayed with me. I feel very privileged to have it. Perhaps it’s coming at it as an outsider which has spurred me on.

But, while I am good at Irish, I’m not so good at French. I think this is because I am dyslexic, which can make it difficult to pick up a language. I was immersed in Irish 24/7; I only did French a few times a week, and most of the syllabus is based around textbooks. My best subject is music; I wonder if this is because many dyslexic people are kinetic, working well with our hands and imagination. When we did Mozart in music class, I just got it, straight away.

I know dyslexia is an advantage. The Leaving Cert doesn’t acknowledge this, because it’s a particular exam, in a particular style, for particular types of learners. It just doesn’t let every student perform to the best of their ability. That’s a shame.