Concern expressed over lack of consultation with union representatives 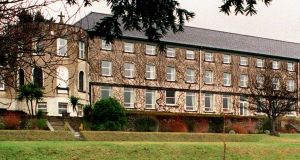 Academic staff at St Angela’s College in Sligo have voted unanimously to ballot on industrial action, as anger mounts over aspects of a merger with NUI Galway (NUIG).

Staff have expressed concern about lack of consultation with their union representatives over aspects of full integration with NUIG, which is due to come into effect next September . The predominantly female academic staff have also criticised what they describe as plans to “demote” the majority from university lecturers to teachers .

Sources at St Angela’s said that the overwhelming support for a ballot on industrial action, up to and including a strike, and the anger expressed at a staff meeting yesterday mean industrial action is now a real threat.

Speaking after the meeting TUI branch chairman Brian O’Boyle said members had expressed anger and disappointment at the lack of representation afforded to their union negotiators.

“This sentiment was reflected in the unanimous decision to ballot for industrial action up to and including a strike”, added Mr O’Boyle.

There are almost 60 full-time academic staff at the college, all of whom currently hold the position of lecturer.

NUIG has since 2006 accredited courses at St Angela’s, which provides third-level education in nursing, education and home economics.

It is understood that other concerns raised by the staff are the future status of the home economics programme which they want designated as a “school of home economics” while they are also seeking assurances that jobs will not be transferred to the Galway campus.

The ballot is expected to take place tomorrow, Thursday and Friday and if members vote for industrial action, a week’s notice will be served on management.

In a statement NUIG has said there would be no diminution of salary for these staff who transfer as univesrity teachers .

One St Angela’s staff member said yesterday they would be expected to work alongside colleagues in Galway who were doing the same job but with a different title.

NUIG said that as research was part of a lecturer’s contract, the most appropriate contract for St Angela’s staff whose main role was teaching, was that of university teacher.

But recent Equality Tribunal and Higher Education Authority reports highlighting gender imbalance at NUIG has, according to sources in St Angela’s, added to concerns there.

“This is a predominantly female college. Would they do this if we were all men?” asked one lecturer who said staff felt “let down” by St Angela’s management who had already signed heads of agreement without their unions’ approval.

Bernadette O’Sullivan, a staff member at NUIG, yesterday expressed support for St Angela’s academics. She said she had “reluctantly accepted” a university teacher contract after almost 20 years of lecturing and supervising research at NUIG.

“I felt the title devalued the work I had been doing with my masters students and was also confusing for other lecturing staff at NUI Galway”, said Ms O’Sullivan.

She said she fully understood how staff at St Angela’s were concerned about a possible demotion “if not in salary, then certainly in perception with the proposed title”.

“The terms and conditions, including pay, of all staff are governed by EU transfer of undertakings regulations (TUPE) and, as public servants, by public service agreements such as Croke Park and Haddington Road,” she added.