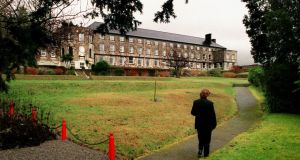 Academic staff at St Angela’s college Sligo are to stage a second one-day strike next month as the stalemate continues over a planned merger with NUI Galway.

The Teachers’ Union of Ireland said the refusal of NUIG to negotiate with the union was “an affront to all established industrial relations practices”.

Union leaders will raise the impasse at a meeting with Minister for Education Jan O’Sullivan on Wednesday.

TUI deputy general secretary Annette Dolan said the union was willing to engage with a Labour Relations Commission (LRC) conciliation conference but without the attendance of NUIG management this “would be a totally useless exercise”.

In a letter to the union last week, president of St Angela’s Dr Anne Taheny said she had requested NUI Galway to attend the LRC, but had been informed that the Galway university would not do so at this time.

Dr Taheny urged the TUI to suspend the ongoing industrial action in the meantime.

Almost 60 academic staff at St Angela’s will go on strike on April 16th. They say that under the proposed incorporation, they would be effectively demoted from “lecturers” to “university teachers”, and would have “little or no” opportunity for career progression as a result.

Ms Dolan said there was no guarantee that the provision of home economics and nursing studies would continue at St Angela’s and no guarantee in relation to the retention of lecturing jobs on the campus.

In a statement NUIG said merger discussions had been between the executives of both institutions under the guidance of the Board of Directors in St Angela’s and the University Governing Authority, and not with the TUI. “This is exactly as it should be,” it added.

The university said it would consult with the TUI on details relating to employment conditions under TUPE, as due diligence arrangements are clarified over the coming months