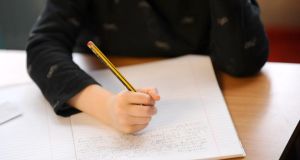 Plans to have schools carry out regular self-evaluations will help to strengthen the teaching profession in Ireland, according to an international expert on school inspection regimes.

John MacBeath, Professor Emeritus of Educational Leadership at the University of Cambridge, who is speaking at a conference in Dublin on Wednesday, said that “no teacher can teach effectively without assessing the impact of their practice”.

The teacher unions have expressed concern about a new school self-evaluation (SSE) process being rolled out by the Department of Education.

Prof MacBeath said the alternative to such an approach was external inspections, which focused almost entirely on quantitative measurements such as exam results, rather than qualitative ones.

He said that, internationally, “a lot of teachers are getting de-skilled because the assessment is done by someone else”.

An OECD study in 2008 found the percentage of teachers in Ireland who had received an appraisal of their teaching, or feedback from their principal, was the lowest of 24 countries surveyed.

This was something that “should be addressed”, Prof MacBeath said.

He said that, while it could be seen as a “soft option” to allow teachers evaluate themselves, it was shown to deliver the best educational outcomes so long as there was “a strong, robust ethos of self-evaluation”.

Prof MacBeath said that a critical factor was the role of principals and management.

In Nordic countries, there was a very small “power difference” between the highest ranking teacher and the lowest, whereas countries such as Japan and China gave school management much higher salaries and greater powers than their peers. He said that “Ireland sits in between” these two approaches.

Maire Cassidy, a teacher at the school who helped to organise the conference, said that while SSE was now mandatory, “many schools are still struggling to make it an effective tool”.

Ms Cassidy said that Rosemont was halfway through the first four-year cycle of the department initiative, and endorsed it strongly.

“SSE is a powerful process where really valuable information is gathered about what works and what doesn’t work in the classroom. It gives the possibility of having inspirational professional conversations in order to introduce a culture of reflective practice.”

A survey carried out by the department last September found that 95 per cent of primary schools and 76 per cent of secondary schools had completed an SSE report and school improvement plan under the initial phase of the scheme.

However, parents organisations across the country have said that there was very little evidence of implementation plans being published or monitored at a local level.