Science isn’t swayed by the fashion of the age

The media and non-scientists tend to underestimate the built-in scepticism of scientists – for instance, it took more than 30 years for the Big Bang model to be taken seriously 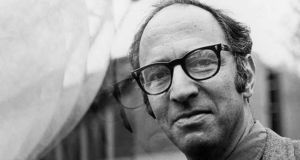 Thomas Kuhn, who argued that science progresses as incremental advances most of the time; however, these periods of ‘normal science’ are occasionally interrupted by a revolution or ‘paradigm shift’

Last week, I gave a public lecture at Trinity College Dublin on the emergence of the Big Bang model of the origin of the universe. We got a very good turnout, as always with events hosted by Astronomy Ireland.

One point I made during the lecture is that the story of the rise of today’s Big Bang model does not fit very well with the view of scientific progress suggested by the science historian Thomas Kuhn. In his book, The Structure of Scientific Revolutions, Kuhn argued that science progresses as incremental advances most of the time; however, these periods of “normal science” are occasionally interrupted by a revolution or “paradigm shift”, during which time the reigning worldview is completely overturned. Kuhn argued that social factors can play an important role in the paradigm shift, and that, once established, the new paradigm cannot be compared with the old because of a difference in fundamental assumptions.

Kuhn’s view of science caused quite a stir in the 1960s because it implied that science was much less objective than previously thought. His book went on to form the cornerstone of a new academic discipline, the study of science by social scientists and anthropologists.

However, Kuhn’s views made much less impression on practising scientists. Many of the examples cited by him dated from antiquity and did not reflect modern scientific practice. For example, Kuhn paid little attention to the way false data tends to be quickly exposed by rival groups working in the same area. Similarly he seemed unaware that modern theorists analyse empirical data in the context of many alternate theories, often arguing that an unconventional model gives a better fit to a particular set of data.

More recently, many scientists interested in the history of their particular area have suggested that the notion of the paradigm shift does not give a very accurate portrayal of the history of scientific advances in the 20th century. Typically, it is found that a great many years are required for theory and experiment to converge on a new understanding of the world, and much longer again for the new worldview to be accepted – a process of slow dawning rather than a paradigm shift. Most importantly, the new worldview usually encompasses the old in a more general form.

Big Bang model
In the case of the Big Bang model, a key piece of evidence was in place by 1929 – the discovery of the recession of the galaxies. The Belgian priest and physicist Georges Lemaître was the first to interpret the effect as an expansion of the cosmos on the largest scales, and a few theoreticians became interested in the idea. However, when Lemaître suggested that the expansion implied that our universe was once extremely compact and hot, most physicists were deeply sceptical, right up until the discovery of several new lines of evidence in the 1960s.

Thus it took more than 30 years for the Big Bang model to be taken seriously, and many alternative theories were explored before and after that point. This scepticism was not due to any blindness on the part of scientists, but to the exacting standards of proof demanded by science.

In the case of climate science, it was not accepted until the 1970s that the Earth’s climate might be sensitive to the concentration of greenhouse gases in the atmosphere. Even then, the wider scientific community paid little heed until unmistakable warming trends became apparent in the oceans, the atmosphere and the polar ice caps in recent decades.

Unfortunately, non-scientists tend to underestimate this built-in scepticism, assuming instead that scientists operate within the fashion of the moment. This jaundiced view has become very prevalent in recent years, particularly in the media. One hears far too rarely that modern science has proved time and again to be a very robust way of studying the world.

Does it matter? It does, particularly in the case of climate science. The common belief that the phenomenon of man-made climate change is merely a fashionable theory forms a formidable barrier to any meaningful action on climate change – despite a mountain of evidence that such action is urgently required. Thus it seems possible that society will soon pay a heavy price for allowing a basic understanding of science to remain the preserve of the few.

Dr Cormac O’Raifeartaigh lectures in physics at Waterford Institute of Technology and writes the science blog Antimatter. Slides from the lecture mentioned can be found at coraifeartaigh.word press.com/my-seminars/