Demand on the rise as 4,000 students seek to maintain native language skills 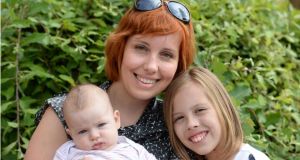 The number of Polish weekend schools in Ireland has doubled in the past three years, according to figures provided by the Polish embassy.

Every Sunday some 70 students travel through the boreens of Donegal to one such classroom.

There, the children of all ages learn of a culture and language that will help them read their grandmother’s letters , listen to her stories about the Nazi razing of Warsaw, learn about her love of Chopin or understand her admiration for pope John Paul II.

Elsewhere throughout the country, some 4,000 students attend 24 schools. Five are funded by the Polish ministry of education but the rest are community funded with support from the Polish ministry of foreign affairs and they have grown from just one in 2005 and 11 in 2009, according to figures supplied to The Irish Times.*

So what motivates parents to send their children to such weekend schools?

Some want to keep their children’s language skills up in case of a return to Poland but many who have settled in Ireland do so to help their children keep in touch with their native family.

“When parents go back home for holidays it is important to them that their child can communicate with their grandparents,” Letterkenny Polish school principal Robert Fabisiak explained.

“Even if they are thinking of staying in Ireland forever they want their children to speak and write good Polish,” he said.

Like many community schools it uses the empty weekend premises of the local secondary school (Errigal College where he teaches PE).

Points race
The race for points is another major motivation for the many “very ambitious” Polish parents to maintain their children’s bilingualism.

“Last year three of the seven best students in the Leaving Cert [at Errigal College] were Polish,” he said.

The school has also become part of the community holding family fun days and other events which are open to Irish and Polish children.

The number of students taking Polish in the Leaving Cert has grown from 10 in 2005 to 707 last year, of whom 91 per cent obtained an A, B or C. Those being examined in a non-curricular language speak it as a mother tongue.

There are strong hopes in Polish circles that it will be introduced as a short course in the reformed Junior Cycle programme.

“While children may be able to speak it, unless they learn it in the weekend schools they can’t write academically,” said Niamh Nestor, a UCD doctoral candidate studying language and identity who also runs a bilingual forum for parents.

Research shows bilingualism helps with literacy, social and analytical skills, adaptability and self confidence, she said.

School links
She would like to see Polish introduced earlier in the school curriculum with some State recognition and more links between Irish and Polish schools.

The detailed and extensive curriculum used by the weekend schools is set out by the Polish ministry of education and includes Polish language, history and geography.

While the Polish foreign ministry operates schools in many countries, Ireland is exceptional in having five funded by the Polish government.

This is mainly because Ireland has the third highest number of Polish migrants in the world, and the most per capita. With 120,000 Poles, according to the 2011 census, Polish is the second most widely spoken language in the State.

Among the benefits for this bilingual generation to Ireland is being a hub for European companies which trade in Poland and opening Ireland up to Poland’s fast-growing market, according to the Polish embassy.

While some people in Ireland may think that bilingualism is unusual, from a global perspective it is monolinugalism which is unusual, Ms Nestor said.