Minister faces up to cuts, Junior Certs and equality

The new Minister for Education only has about 18 months to prove herself. There is steel and no small amount of cunning behind Jan O’Sullivan’s genial exterior 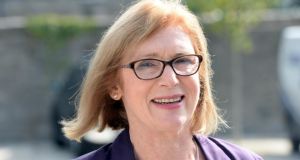 Jan O’Sullivan: ‘What happened with the introduction of free fees is that it has increased participation in general but it hasn’t got rid of the inequality in terms of participation levels.’ Photograph: Eric Luke

As managerial appointments go, Jan O’Sullivan’s was a popular one. Like Martin O’Neill to Ruairi Quinn’s Trapattoni, O’Sullivan was taking over from a Minister who was losing the media war and had lost the confidence of some key players. But like any new manager, she knows the honeymoon period will be short.

Teacher unions are set for talks next month over the Junior Cycle reforms, and O’Sullivan has already set herself full square behind her predecessor’s plans. She has, as she admits herself, a short time to prove herself: “18 months, maybe more, but maybe less too.” Like O’Neill, stretching the football analogy, there is some steel and no small amount of cunning behind the genial exterior.

“The curriculum reform is something that has been in embryo for a long, long time, and I’m committed to it,” she says. “I think if you actually talk to teachers, it’s not that they don’t want to reform but they have very specific concerns around it. I would certainly hope we will be able to reach something that will work.”

Education is O’Sullivan’s first senior ministry; she also served as Labour’s spokeswoman on the subject when the party was in opposition. A qualified Montessori teacher, albeit one “with very little experience” in the classroom, her own relationship with education, naturally, goes much deeper.

“A serendipity in this is that I did my Leaving Cert in 1968 and that was the year [Fianna Fáil TD] Donagh O’Malley died, and I distinctly remember as a student lining the route of his funeral. I was also one of the first students to benefit from third level grants. They came in in ’68 and I got one.”

The daughter of a journalist, O’Sullivan (63) was educated along the strictly denominational lines of the day. “I was a Protestant so I went to a Protestant school” – a two-teacher primary school near her home in Clonlara, Co Clare, and then to Villiers secondary school in Limerick. She studied English and French at TCD, did a HDip and then, with her husband Paul, moved to Canada. Their two children, Paddy and Emily, were born there.

As mayor of Limerick in 1993-1994, O’Sullivan was prevented from speaking at the opening of a Christian Brothers school because of her Protestant background. She was also stopped from giving a reading at a Mass for the city’s civic week by the then Catholic bishop, Dr Jeremiah Newman. O’Sullivan is not one to hold grudges, however; asked once about her strengths, Kemmy hailed her “great skill at defusing rows”.

As a disciple of the Limerick socialist, it’s not surprising that O’Sullivan emphasises equality of access in her ministerial brief. “The equality agenda is probably what’s strongest in terms of my wish to make a difference.”Hence her recent announcement of an expert group to examine standards of learning at pre-school.

At the other end of learning cycle, O’Sullivan says she is conscious of Ireland’s high rate of youth unemployment, much of which she puts down lack of educational opportunities. A priority will be focusing on “the whole area of further education, apprenticeships and alternative ways of reaching a level of educational achievement that allows you to have a satisfying career in whatever area you choose to go”.

Resources are a constant complaint. Asked whether education had taken a disproportionate hit among departments, she replies: “It has taken a very significant hit. Right across the education system, things are being pared back to a level where I don’t think you could pare any more, and I certainly will be arguing that strengthening the education system is crucial for continued economic recovery.”

But what of the cuts in middle management – described as “unsustainable” by the department. Would she like the moratorium on assistant principal posts lifted?

“It’s very uneven. In some schools, just because people haven’t retired they’re okay, but in others it’s gone down a very significant extent. So . . . I would like to, I suppose, relax the moratorium.”

“I don’t think it will necessarily be reversed right now, but the National Council for Special Education has made recommendations on changing the way things are done. So instead of saying either 100 per cent or 85 per cent, that you resource the school on the basis of the needs of the children in the school, rather than having the more rigid system that’s in place currently.”

According to O’Sullivan, “my instinct would be not to rush into a major change very quickly”. But she doesn’t like the current system of labelling children with a diagnosis, which they then have to carry through schooling.

Among other challenges is the future of third-level funding, and while she says she doesn’t want to pre-empt what comes out of a working group report on the matter, “I’d be concerned not to put barriers at the start” of higher education.

“Well, first of all, if you get a grant you don’t pay the student registration fee and about half the students get a grant. I think what happened with the introduction of free fees is that it has increased participation in general but it hasn’t got rid of the inequality in terms of participation levels of people from certain socioeconomic backgrounds, and particularly the most striking thing is the different parts of Dublin.”

O’Sullivan, a product of a fee-paying school herself (Villiers), says it would inevitably feature again in budget discussions. “I am very conscious they have different levels of wealth.” Five fee-paying schools have already entered the free scheme, and a further seven are in discussions about whether to do likewise.

Asked if there is a risk that more would go into the free scheme, at a greater cost to the exchequer, she says: “I wouldn’t see it as a risk. If they choose to go in for good reasons, than that is a positive thing because it does mean parents don’t have to pay fees. But I am aware that there have been significant cutbacks in recent years. I hope my budget wouldn’t be quite as squeezed as it has been.”

Returning to patronage, O’Sullivan says her vision for education is that parents would have more choice. A key element of this will be the Admissions Bill.

“Now you have a whole multiplicity of religions, so we are never going to be able to provide a school for everybody’s particular denomination. We have such a multicultural country now. So in some ways the inclusivity is the crucial issue, whatever the patronage is.”

She is coy about her own relationship with religion. “I would prefer not to answer that question”, although she notes that as a parent she educated her children under different patronages: her daughter at a Catholic school, her son at a community school.

“My personal preference is an interdenominational or a nondenominational type of school. But I’m Minister for Education I’m not going to dictate to parents that it should be their choice. It would be my choice.”

funding third level: “I don’t like the idea of barriers at the entry point. OK, maybe people at the end of a process are going to be better off but they’re not necessarily better off at the start of it.”

junior cycle reforms: “It isn’t going to save any money that I know of, anyway. I’ve never been told that it’s going to save money.”

equality in education: “I think it really has to start in the early years and right up through the school system. It’s a much broader thing than just whether there are fees or there aren’t fees.”

planned Teaching Council “fitness” hearings: “My natural instinct would be that these things are better in public than in private. In other professions they are largely held in public.”

Ruairi Quinn: “My predecessor has done an extraordinary amount of work with regard to reforming the whole spectrum in a relatively short period of time. A big part of my job is to continue that.”