Spanish students also happy with exam, despite some challenging vocabulary 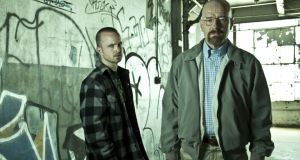 Fans of TV series Breaking Bad may have recognised a picture of Werner Heisenberg on the Leaving Cert chemistry paper.

The German theoretical physicist provided an alias for fictional chemistry teacher turned crystal meth manufacturer Walter White. He also came up with the uncertainty principle, the subject of one of this year’s questions.

Almost 9,000 students sat the Leaving Cert chemistry exam, which was described as “a very fair paper that students should be pleased with overall”.

Tara Lyons, chemistry teacher at the Institute of Education, praised the paper’s “expected questions on techniques, observations and calculations with helpful diagrams in Question 2’s preparation of soap”.

Question 3 examined the students’ ability to extrapolate information from a graph.

There was good choice in Section B of the paper, said teachers, with organic chemistry and atomic theory well-represented as usual.

Google’s recent symbol using the Bohr model of the atom as the letter ‘O’ also appeared.

The effect of an increasing global population on air pollution levels was also examined.

“The usual water question was not there in any major form which some students may have missed but overall this was a very manageable and fair paper,” said Ms Lyons.

Leaving Cert Spanish students were also happy with their exam, despite some challenging vocabulary in parts.

Susan Leahy, president of the Spanish Teachers Association and a teacher at King’s Hospital in Dublin, said students were especially happy with the listening component of this year’s exam, “which is not always the case”.

“The higher paper was well received overall, but there were definitely a few niggly bits. The last section of the listening exam is always quirky, and this year featured a cigarette box that talked when you opened it,” she said.

“Students might have found some of the vocabulary in the journalistic text (part b) challenging,” said Begona de la Fuente, Spanish teacher at the Institute of Education.

“In the letter/email, students were asked to write about the effects of social media on the lives of young people, with reference to issues such as cyberbullying. This was topical, and students would have had language prepared around these themes.”

There was a mixed reaction to the ordinary level paper but the letter about bringing a friend to the city was “very fair”.