John B Keane’s daughter: ‘Teaching my dad’s work has not been weird’

The playwright’s celebrated play Big Maggie is on this year’s Leaving Cert course. His daughter, a secondary school teacher in Tralee, remembers her father and writes about teaching his work 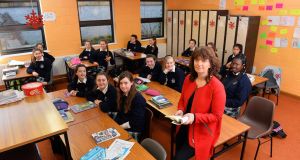 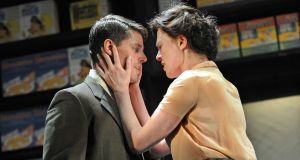 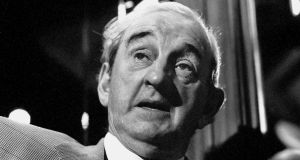 ‘Yeah, you know her. The one with the brown hair from Kerry. WB Yeats’s daughter.”

About 25 years ago in Limerick, two students were looking for me in order to give me an overdue assignment. In their unbridled enthusiasm, they didn’t realise I was in fact John B Keane’s daughter and no relation to the great WB. My father laughed heartily at being compared to the Nobel laureate.

There’s a line in The Field where a frustrated Maimie laments the claustrophobic narrow-mindedness of her local village, Carraigthomond: “The drapers won’t even put panties in the window here – hypocrites.”

I will always remember a former student of mine, who had moved here from Albania, shouting passionately in class, “This is like my village.” This spontaneous outburst reminded me of when the Abbey Theatre brought The Field to Moscow. Critics complained that the Bull Mc Cabe’s insatiable lust for land was about a Russian argument over land and was not an Irish story.

I’ve been teaching English, and a smattering of Gaeilge, for more than 25 years. I love my job at Presentation Secondary School, Tralee. I get a great kick out of the animated, lively responses of our girls to great literature.

I have enjoyed our collective analysis of Hamlet’s procrastination, Macbeth’s mind “full of scorpions” and Lear’s self- destructive pride. We have been saddened at Pegeen’s sorrow, enchanted when Cathy declared that her eternal love for Heathcliff was like the “rocks beneath”. We have argued over Nora’s controversial decision to leave Helmer. We have stopped by woods on a snowy evening and cried real tears over Plath.

This year, Big Maggie will join them on the English Leaving Cert exam. Strangely enough, teaching my dad’s work has not been a weird, oppressive experience for me or my students. We simply got on with the job, with lively discussions on Mena’s supposed villainy in Sive and Nanna’s questionable heroism.

My colleague Norma Foley and I staged The Year of the Hiker in the school years ago and we marvelled at how the girls captured the essence of the play and the distinctive Kerry dialogue with authentic Kerry accents.

Our school has been bringing students to Listowel for years as part of our transition year English programme. When the Tralee girls descend from the bus in the atmospheric square, I jokingly welcome them with the solemn declaration, “Welcome to lovely Listowel, Europe’s real capital of culture”.

Many girls have fond memories of visiting the Kerry Literary Centre, St John’s Theatre, the Lartigue Monorail and of course, John B’s Bar, which has proven to be a highlight of the trip.

Dad spoke to the students in the first few years. When he passed away my articulate mother took over, and regaled them with many colourful tales, ably abetted by my writer-publican brother, Billy.

Many girls were particularly affected by my mother’s account of the old man who came in to the bar in the early 1950s with a sad, young girl. They were on their way to buy a ring for their forthcoming marriage, which never took place, as the girl had a nervous breakdown. This was the backstory to Sive.

We have had great times. Often one of the girls would sing for my mother or recite a poem, much to her delight.

In the past few years the girls have taken part in the Young Adult Bookfest at Listowel Writers’ Week, and they always dropped in to the bar to say hello to Mam and to have a look around. My beloved mother died last August from lung cancer. Although she was 86, we have taken it badly, as she was such an extraordinary person.

I can see her strength of character in Maggie. Just as Maggie took great pride in her shop, my mother was obsessed with running a lively, orderly bar. My mother had tremendous drive and determination, like the indefatigable Maggie. However, Mam was a warm, generous, witty woman who mothered half the town, unlike cold, hostile Maggie.

My father adored my mother, his own mother, his sisters, granddaughters, daughters-in-law and me. He was appalled when men spoke disparagingly of women and he had no tolerance of domestic abuse. He didn’t spare the male characters in Big Maggie, who are for the most part cowardly, self-indulgent and unappealing.

Maggie’s husband has been violent and her sons casually condone this misbehaviour. As she bitterly reminds her son Maurice, “You let him abuse me.”

Teddy Heelin is exposed as a sexual predator of sorts, and Byrne is the only male with any redeeming features.

The male characters pale in significance to the powerful Maggie. In my view Big Maggie is my dad’s love song to the strong, independent woman in all her glory.

I’m no Diarmaid Ferriter, but we know that life was no bed of roses for women in Ireland in the 1950s and 1960s. There was the marriage bar, whereby women had to give up their jobs upon marriage. There was no equal pay, and women didn’t automatically inherit their husbands’ worldly goods. Men generally held key positions in society and families prioritised their sons’ education over their daughters’ futures.

Women were expected to be subordinate to men and were repressed by the Catholic Church, which disapproved of contraception. Women weren’t meant to drink much alcohol, especially in public. An example of this is Maggie’s horror that Katie has had six halves of gin in the pub.

Aisling O’Sullivan, who plays Big Maggie in the Druid production, is a past pupil of Presentation Tralee and has become a friend of our family. Two years ago she launched our school’s in-house arts festival, Love Literature Week.

Aisling nails the role of Maggie. She is sharp, volatile and hard-hitting, but also exudes sex appeal and a subtle, underlying humanity. She gets Maggie’s harsh brutality, but also reveals a tough softness with her “hardness of concern” parental approach to her dissatisfied family.

This is a beautiful, disturbing, evocative production, thanks to the genius of director Garry Hynes and the magic of Aisling O’Sullivan. My parents would be proud.