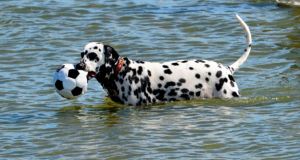 Playing with puppies. Free yoga classes. Social media “holidays”. Mindfulness tips. These are just some of the ways colleges and universities are trying to ease the frazzled nerves of students as they face into their end-of-year exams.

NUI Galway, for instance, has rolled out a free “de-stress” programme for students. It involves drop-in sessions where students are offered relaxation and mindfulness in “The Space”, upstairs in Áras na Mac Léinn.

The dedicated programme was an extension of mindfulness sessions and workshops on how to prepare for exams and cope with stress offered during the year.

Canine therapy has been used in colleges in recent years to help calm stressed-out students. Trinity College Dublin and University College Cork have provided “puppy rooms” as part of exam survival initiatives through their student welfare office or students’ unions

But if there is any trend sweeping campuses this year, it is mindfulness. While it has been extolled for its ability to reduce anxiety, increase focus and serve as an anti-depressant, there have been conflicting scientific views on its benefits for memory.

In tandem with this, NUIG is striving to become a “mindful university”, seeking to become the first such in Europe.

Former British Labour MP Chris Ruane, who taught mindfulness in the House of Commons, and Tibetan Buddhist monk Gelong Thubten were among speakers at a scene-setting conference.

“In a world that is becoming more mindless, it is best for us to stop and put the pause button on and reflect,” said Prof Lokesh Joshi, NUIG vice-president for research. He has found over 25 years that it allows one to “achieve more with less stress”.

The protesters questioned why previous mindfulness and meditation offered at NUIG as part of student services had been cut, and why “experts” were being flown in when there was already expertise within its staff body.

NUIG students’ union president Phelim Kelly raises similar questions, and wonders whether there is an attempt by the college to deflect attention from stress-inducing issues.

“I’m all for mindfulness, but I think the university could be putting more resources into increasing the staff/student ratio, given that it has not kept pace with the increase in student numbers,” Mr Kelly says.