Case study: ‘It felt like a punch in the stomach. I knew we had lost’ 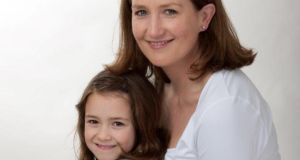 Paula Kearns’s house was almost on the doorstep of her local school. Yet when she applied for a place for her daughter Zoe a few years ago, she was told all places were taken.

“My son was in senior infants and had got into school relatively easily. But the year my daughter was due to start, there was a huge over-subscription problem,” she says.

As with 96 per cent of Irish primary schools, the patron of her local school in Killiney is a religious body, in this case the Church of Ireland.

Because her daughter wasn’t baptised, she slipped well down the priority list.

“It’s frustrating when the church treats the local school as ‘its school’, yet minorities – be they non-Christians, people with no religion, or Unitarians – don’t have their own schools. This is particularly unjust and ironic. The current system was founded to allow for freedom of religion at a time when no one envisaged there being anything other than two religions: Protestant and Catholic.”

The appeal took place in a hotel about five months before the start of the school year. “It felt like going into a job interview,” Kearns says. “It was just a very formal, slightly awkward meeting: five or six of them on one side of the room, versus my husband and I on the other. We made the case as to why our daughter should be entitled to a school place. But it felt like a punch in the stomach. I knew we had lost before we’d even left.

“I pay my taxes, I felt that my child was entitled to a school place. But the attitude was: ‘This is our school and we don’t have room for you.’”

She received confirmation that her appeal had been unsuccessful shortly afterwards. Taking a legal action never entered her head, she says, because of the urgency of finding another place.

Luckily, thanks to other parents cancelling their school places, Kearns’s daughter managed to get a place. Kearns was delighted, but with another child who will be of school-going age shortly, she’s worried about having to repeat the process.

“When you’re not a member of a religious faith, you’re left with a begging bowl, hoping you get a school place,” she says. “Others are in a position where they can weigh up their options. But when you’re in our position, you take what you can get.”