Boys focus on ‘external rewards’ can be used to parents’ advantage

Analysis: Parents of girls should fight their own gender biases, OECD report suggests 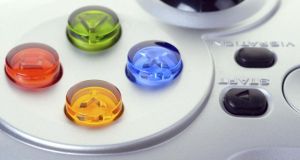 Whereas girls tend to embrace learning for its own sake, boys want to know what’s in it for them – be it access to the games console, or some other prize

For any parent wading through the OECD’s 180-page report, ‘The ABC of Gender Equality in Education’, one line will jump out: “Allow some video gaming but homework comes first.”

While there is a lot of disagreement among educational experts internationally on whether homework is beneficial, the OECD is quite emphatic on the point.

Students who spend more time doing homework tend to have better results in the OECD’s triennial PISA tests for reading, mathematics and science, it states.

“Homework helps students practice what they have learned in class and crystallises acquired knowledge into long-term memory… It also teaches students about the perils of procrastination when facing binding deadlines.”

Girls spent an hour a week more on homework than boys, and also spend far less time on video games. The two patterns are clearly related, according to the OECD study.

While “moderate video gaming is not associated with poorer performance in school”, it says children who play for long hours – especially into the evening when it may disrupt sleep patterns – are putting their education at risk.

“Instead, they could forge a ‘learning contract’ with both boys and girls: parents and teachers could allow children to play video games, in moderation, recognising that those games can help children acquire important skills, but children would have to complete their homework too.”

The advice dovetails with another finding in the OECD study, namely that boys are more responsive to “external rewards” in education than girls.

Whereas girls tend to embrace learning for its own sake, boys want to know what’s in it for them – be it access to the games console, or some other prize – before they put in that extra bit of effort.

There is a different lesson in the report for parents of girls, who are encouraged to fight their own gender biases, and give “equal support and encouragement for all of their school work and aspirations for their future”.

In all countries surveyed, including Ireland, parents were more likely to expect their sons, rather than their daughters, to work in a science, technology, engineering or mathematics field – even when their 15-year-old boys and girls performed at the same level in maths.