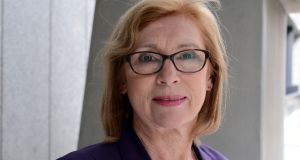 Private teacher training college Hibernia has received approval from the Catholic bishops for its religious education programme, removing any doubt about whether its graduates can teach in Catholic schools.

At its autumn meeting last week, the Irish Catholic Bishops’ Conference approved what it called a “revised proposal” by Hibernia College to be included on a register of accredited courses.

Concerns were raised over the summer after a graduate seeking employment circulated a letter from a Catholic employer saying Hibernia’s religious diploma was not recognised by the Irish Episcopal Conference.

Hibernia subsequently applied to be included on the list, which was first drawn up in 2011.

In a statement, the bishops said a working group established by its council for catechetics had explored submissions to its “Recognition of qualifications to teach Religious Education in Catholic Primary Schools”, and it was deemed that the most recent submission by Hibernia College met the requirements as set out by this document.

It ran into controversy in 2012 when Atheist Ireland claimed a number of lecture slides contained “untrue statements” about atheism, prompting the college to remove the material.

Meanwhile, the Catholic Primary School Management Association (CPSMA) has issued a statement to boards of management, clarifying how to carry out elections this month.

The claim had been made in an online forum for members of the Irish Primary Principals Network (IPPN).

The IPPN said it subsequently spoke to the principal and he acknowledged the information he posted was incorrect and that the CPSMA was never contacted on the matter.

In a statement, the CPSMA said: “It is not the role of the school to seek clarification on marital status, the procedures make no reference to whether parents are married or unmarried.”

New boards for the State’s 3,200 primary schools will be appointed by December 1st under a nomination process that takes place every four years.

Minister for Education and Skills Jan O’Sullivan has introduced new election procedures this year whereby schools can circulate a list of the names of all parents to each household inviting them to nominate candidates.

The aim is to broaden the field of potential candidates, and attract individuals who might not normally be involved in parents’ groups.