Ask Brian: Will DCU graduates have a vote in the Seanad elections?

The short answer is no. But why not? 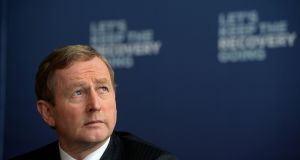 “It is not surprising the Taoiseach acted in the interest of the existing Senators from Trinity and the NUI colleges.” Photograph: Eric Luke

QUESTION: As a graduate of DCU, I have been looking forward to voting in the forthcoming Seanad election. This follows Enda Kenny’s pledge in 2013 to extend voting rights in the Seanad election to all third-level graduates. The Department of the Environment’s website does not indicate that voting arrangements for the forthcoming elections have been enacted to fulfil this commitment. Have they been?

ANSWER: A spokesperson for the Department of Environment has informed me that no changes in the Seanad election process have taken place since the last election in 2011.

Neither UL nor DCU graduates, nor those from the institutes of technologies, will be entitled to a vote to elect representatives to the new Seanad as the franchise has not been extended to them.

Brian MacCraith, president of DCU, is – understandably – one of many unhappy with this situation.

“While the rationale for specific representation of university graduates in the Seanad is itself arguable, the current exclusion of DCU and UL graduates, when representation is offered to the other five universities, is neither rational nor fair,” he says.

The electorate of the National University of Ireland numbers 110,000, and that of Trinity College Dublin 50,000.

The electoral roll is maintained and updated by the university concerned, although only a tiny fraction of graduates either maintain their registration or bother to vote.

The original proposal to extend the franchise to all graduates for the purpose of electing members to the university panels of Seanad Éireann was passed by referendum by the people in July 1979. Surprisingly, the people’s will has never been enacted into legislation in the intervening 37 years.

Enda Kenny’s attempt to abolish the Seanad in a referendum in 2013 was rejected by the people, much to the relief of existing Seanad members. Following that decision the Taoiseach announced plans to replace the existing arrangement with a single constituency in which all third-level graduates could vote and elect six senators.

It never happened, however. Given the outgoing Government’s precarious voting numbers in the Seanad over the past few years, it is not surprising the Taoiseach acted in the interest of the existing Senators from Trinity and the NUI colleges in retaining the present electoral arrangements.

In the absence of political will, it is unlikely that graduates of DCU, UL or the ITs will at any time in the foreseeable future have their voices heard in electing university members to Seanad Éireann.