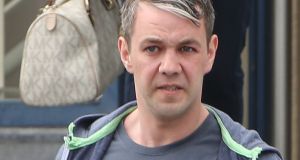 A Limerick man who gardaí allege is a “leading member of a criminal organisation” has been granted bail after he was charged in connection with a high-speed chase at the weekend.

Liam Keane (31), of Singland Gardens, Ballysimon, Limerick, faces a total of 10 charges arising out of an alleged incident on Saturday night.

He faces nine charges under the provisions of the Road Traffic Act and he is also accused of recklessly endangering the lives of other motorists on the N18.

The 31-year-old was brought before Limerick District Court on Monday, where Garda Dean Landers said the defendant was arrested in the Garryowen area of Limerick city at 11.05pm on Saturday.

He was detained and questioned at Roxboro Road Garda station, where he was formally charged at 6pm on Sunday.

Opposing bail, Gda Landers alleged Mr Keane is a “leading member of a criminal organisation” and said he does not believe he will abide by any bail conditions.

“He is a volatile individual,” the garda said.

The garda said Mr Keane was initially observed driving a 06C-registered car at John Carew Park by members of the armed Regional Support Unit (RSU) at about 6.15pm on Saturday.

He alleged Mr Keane failed to stop for the officers and that during a subsequent pursuit he drove at speed against oncoming traffic on the wrong carriageway of the N18.

The court heard Mr Keane “put a lot of motorists at risk” and clipped one vehicle.

The occupants of a car which was allegedly clipped during the pursuit later presented in hospital suffering from what were described as “soft tissue” injuries.

After hearing the garda’s objections, Judge Lucey said he was granting bail subject to a number of conditions.

In addition to not driving any vehicle, Mr Keane was ordered to sign on daily, obey a nightly curfew and be contactable at all times.