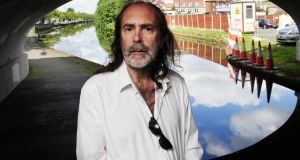 John Waters told the High Court that were it not for the Government’s information campaign the 42 per cent No vote would have increased to at least 50 per cent and perhaps more. Photograph: Alan Betson


The Government’s unlawful spend of €1.1 million of public funds on its one-sided information campaign for the children’s referendum held last year “distorted a democratic procedure”, journalist John Waters has told the High Court.

He rejected arguments by the Government that its campaign had little or no effect on the Yes outcome in circumstances where all the Dáil parties and many non-governmental organisations also supported a Yes vote.

Mr Waters, who campaigned for a No vote, said he considered the €1.1 million Government spend – declared illegal by the Supreme Court – was the “most significant” and “defining” element in the referendum campaign.

Were it not for the Government’s campaign the 42 per cent No vote would have increased to at least 50 per cent and perhaps more, he said.

He disputed suggestions that a poll of voters carried out for the Referendum Commission after the referendum did not support what Maurice Collins SC, for the Government, described as Mr Waters’ “intuitive thesis” as to the matters influencing a vote.

Mr Collins said the poll showed about half of those polled who voted No did so because they disagreed with the amendment; 22 per cent because they did not understand it; and the rest for unstated reasons.

Mr Waters also said he believed people had insufficient time to absorb the impact of the Supreme Court ruling upholding claims by Dublin engineer Mark McCrystal that the Government’s spend of public monies on a one-sided campaign was unlawful. That ruling was delivered on November 8th, 2012, two days before polling day, but the court’s full judgments giving its reasons for the ruling were delivered only after the referendum.

The unavailability of the full judgments until after people voted meant Government politicians could “cloud the issue” by, for example, referring to the fact the court had dismissed Mr McCrystal’s case, he said.

While there was “a change of climate” after the Supreme Court decision, the complexity of the matter was enormous and he considered the media coverage “completely inadequate” in terms of teasing out the significance of the ruling.