Two men to appear in court in relation to Limerick burglary 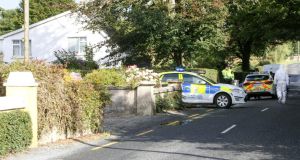 On Thursday, John O’Donoghue – of Toomaline, Doon, Co Limerick – returned to his home and saw it was being ransacked. He died of a heart attack. Photogaph: Liam Burke/Press 22

Two men are due to appear before a special court sitting on Saturday in connection with a burglary in Co Limerick where a 62-year-old man died after discovering intruders at his home.

John O’Donoghue suffered a massive heart attack shortly before 2pm at his home at Toomaline, Doon, Co Limerick, on Thursday after he returned to his house to discover it had been ransacked by thieves.

The men who were arrested shortly afterwards will appear before a special sitting of Kilmallock District Court on a number of burglary charges.

Both men are aged in their 20s and are cousins from Limerick and Dublin and understood to be members of the Traveller community.

A postmortem carried out by the State Pathologist Marie Cassidy on Friday confirmed that Mr O’Donoghue suffered a heart attack.

It also emerged on Friday that Mr O’Donoghue’s sister Christina, who was visiting her brother for a few days, called out to intruders for help as they fled the scene.

It is understood Mr O’Donoghue went to get a shovel from the shed after seeing the side door to his house had been smashed, but he collapsed.

His sister, a retired nurse, immediately realised her brother’s condition was serious and called out to the intruders for assistance but she said they fled through the back door and ran into a field.

A person, believed to be the getaway driver, was seen sitting in a black Renault Laguna outside the house, and he started beeping the horn to alert the intruders to the arrival of the 62-year-old bachelor and his sister.

Local parish priest Fr Tony Ryan who administered the last rites to Mr O’Donoghue said the entire community is outraged by what happened.

“He had been working in his own house and was bringing back material to work on and was just coming and he noticed a car parked opposite,” said Fr Ryan.

“The thieves came flying out of the house, he got such a shock he got a massive heart attack.

“He was a thorough gentleman, a most intelligent and inoffensive person and I want to extend my sympathy to all his family. He was self-employed and a gifted and outstanding carpenter.

“The community is very upset, and the whole community are outraged at what happened. There have been a number of break-ins in the area recently, but Doon is a flourishing community with great people.”

Situated 25km from the nearest 24-hour Garda station in Bruff, Doon is a small village in east Co Limerick, close to the Tipperary border.

It is one of the many small rural villages in Ireland that lost its Garda station in recent years as part of policing cutbacks.

There are Garda stations in nearby Cappamore and Murroe, but these are not manned on a 24-hour basis.

“Rural Ireland is being decimated as regards law and order, that’s the bottom line. We can’t say it often enough and hopefully someone might heed us, because that’s what’s really annoying people in the rural areas, that they have no Garda service . . . The presence of a garda on the ground cannot be beaten,” he said.