Opinion: There was copious evidence available that the sexual abuse of children was widespread in Ireland 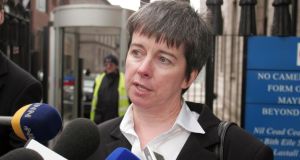 The Republic has again been shamed in the international court of decent opinion and two of our primary institutions, the Government and Supreme Court, have been chastened.

This is not just a reflection on Ireland of 40 or 50 years ago, it is a commentary on Ireland as of now. It is this Government and this Supreme Court that has exacerbated the shame.

In a case taken to the European Court of Human Rights by a sexually abused victim, Louise O’Keeffe, this Government claimed the State had no responsibility for her sexual abuse by primary school teacher Leo Hickey when she was aged nine and attending the national school at Dunderow, Co Cork. This man had abused children at that school on at least 400 occasions. Following complaints to the local parish priest, he resigned voluntarily and was then hired as a teacher elsewhere.

Legal representatives for the State argued it had no knowledge of the abuse for it was the Catholic Church, via its local bishop, that owned and controlled the school, that no complaint had been made to the gardaí or any other State official. This denial of liability was made even though the State funded the school, paid the abuser’s salary and authorised his appointment. Moreover, officials regularly inspected the school. But it was argued the State had no liability for the abuse suffered by O’Keeffe, that it had no duty of care towards her.

Extensive evidence
That argument had won out in the High Court and Supreme Court. Four of five judges on the Supreme Court

There was copious evidence available that the sexual abuse of children had been widespread. The Carrigan report of the 1930s had noted evidence from the Garda commissioner, based on data presented to him from 800 stations around the country, that there was “an alarming amount of sexual crime, increasing yearly, a feature of which was the large number of cases of criminal interference with girls and children from 16 years downwards, including many cases of children under 10 years”. He suggested that less than 15 per cent of sexual crime was prosecuted for various reasons, including the reluctance of parents to pursue matters.

On advice from the Department of Justice at the time, neither the evidence heard by the Carrigan Committee nor the report itself was published. This was done on grounds that the conclusion to be drawn from the report was that ordinary feelings of decency and the influence of religion had failed in Ireland and that the only remedy was Garda action. Though the report was not published the State had knowledge of the prevalence of child sexual abuse.

The Ryan report of 2009 found there had been widespread and severe physical, including sexual, abuse of children in reformatory and industrial schools and that there had been many reports of such abuse by lay persons to the gardaí.

The historian Diarmuid Ferriter undertook an examination for the Ryan commission of information available from the courts archives of the prevalence of child sexual abuse. He noted the criminal court archives demonstrated “a consistently high level of sexual crime directed at your boys and girls” and that gardaí had extensive contemporaneous knowledge of the existence of this phenomenon. There is further evidence of such knowledge in the Ferns and Murphy reports.

Ireland has been a member of the Council of Europe since 1949 and in 1969 it made recommendations on “The Protection of Minors against ill-treatment” including that the State take all necessary measures to ensure the safety of abused children. In 1959 Ireland joined with other UN member states in adopting the “Declaration of the Rights of the Child” requiring special safeguards of care. The Universal Declaration of Human Rights contains two articles requiring states to provide for special safeguards for children.

And yet, here, given extensive data available of the prevalence of child sexual abuse, no provision was made to institute the protections demanded by these international declarations and agreements. No special provision for the protection of children in schools that the State itself was funding.

It was because of this failure that the European Court of Human Rights yesterday found in favour of O’Keeffe.

Rape and buggery
Isn’t there something bizarre

that our Supreme Court should find there was no obligation on the State to protect O’Keeffe and other children against an abuse the State knew was prevalent? Isn’t it scandalous that this Government should instruct lawyers to go before the European court to argue the State had no obligation to protect a nine-year-old and others of her age? So much for the blubbering apologies for the rape and buggery of children.

I have relied on the judgment of the European Court of Human Rights for much of the information above.