Controlling behaviour can, in extreme cases, lead to murder 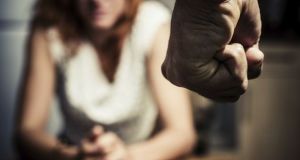 Recognising behavioural warning signs associated with domestic violence was identified as a key component to tackle the problem in the Women’s Aid report Photograph: Thinkstock

Recognising behavioural warning signs associated with domestic violence was identified as a key component to tackle the problem in the Women’s Aid report.

A boyfriend or husband seeking to isolate his partner from her family and friends was one, undermining a woman’s confidence and sense of worth was another, controlling behaviour relating to money was yet another.

Each form of what is essentially controlling behaviour could eventually lead to domestic violence perpetrated against a woman – including her murder and, in the case of some extreme murder/suicides, the destruction of an entire family.

Scenarios relating to domestic violence were outlined at the launch of Behind Closed Doors: Femicide Watch 1996-2016. It found that over the period, 209 women and 16 children were killed by men, who were in most cases either current or former partners, and fathers of the children.

“It is a reflection of Irish society that actually I find very disturbing,” said Doherty. “It’s shocking. It’s stark. And actually, I found myself thinking when I was reading, it’s revolting.”

In a panel discussion, one speaker said people repeatedly asked the wrong question in the wake of a revelation about domestic violence.

“Why does she stay?” Don Hennessy of the Cork Marriage Counselling Centre said was a common refrain. “It’s always the wrong question. The real question is how does he get her to stay? You need to look at him and what he was about.”

He said when a man who commits domestic violence closes his front door, he behaves at home like a psychopath . “They are not out of control but they concentrate all their psychopathetic on one human being.”

He said they are also sociopathic so they “lie to improve their position” and are always sexually dominant.

There would be fresh training so that a Garda first responder could carry out risk assessments for domestic violence . He said the key would be a multi-agency response with legal changes allowing gardaí to pursue suspects even if the victim declined to give evidence against the alleged perpetrator.

“They were all horrified at the acceptance of burying these women with their murderers as part of the denial.

They were disgusted at the willingness of these communities to perpetuate sort of ‘hail fellow, well met’ myth that these men had created.

She said society needed to “wake up to the fact that domestic violence is the sneakiest and most surreptitious crime and, astonishing as this may seem, collecting at Mass, and training the under 12s and buying your round doesn’t necessarily mean that you don’t go home and beat your wife.”

Dublin man found guilty of his father’s manslaughter 13:05
Fianna Fáil ‘will hold back €1.2bn’ of €11bn available to next government 12:57
Labour vows to slash the cost of childcare by up to two thirds 12:56
Case over pregnant woman kept on life support settled for €1.5m 12:54
RTÉ rejects calls for leaders’ TV debate on climate change 12:35