Rapist fails in court appeal over recording of calls to solicitors 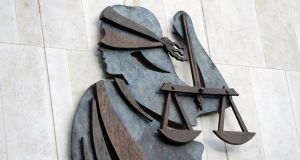 A man jailed for 15 years for the rape and sexual assault of a woman whose child he abducted in the same incident has lost an appeal taken against the State after it emerged his solicitors’ calls were recorded while he was in prison. Photograph:Frank Miller/The Irish Times.

A man jailed for 15 years for the rape and sexual assault of a woman whose child he abducted in the same incident has lost an appeal taken against the State after it emerged his solicitors’ calls were recorded while he was in prison.

The case was taken by Michael Murray (44), formerly of Killiney Oaks, Dublin, who was jailed at the Central Criminal Court in 2013 for 15 years for rape, attempted rape, oral rape and aggravated sexual assault, child abduction, threats to kill or cause serious harm, false imprisonment and theft.

Murray, whose High Court case against the Irish Prison Service and Minister for Justice was dismissed last July, had sought injunctions restraining prison authorities from intercepting his calls, certain declarations and damages.

Dismissing his application last July, Mr Justice Seamus Noonan said it was beyond dispute that the recording of Murray’s telephone calls was “inappropriate and ought not to have occurred”.

There was however, “undisputed evidence” that the calls weren’t accessed. Similarly, evidence was unchallenged that the recordings were made inadvertently, the judge said.

Murray’s appeal against the High Court’s decision was dismissed Friday three days after it was opened in the three-judge court.

Giving judgment, Mr Justice George Birmingham said the court as in complete agreement with the approach taken by Mr Justice Noonan. The application was “without substance” and the appeal “without merit,” he said.

Murray was “not prejudiced or otherwise adversely affected in any way whatsoever. It is entirely clear that calls were recorded inadvertently, that calls were not accessed and that steps have been taken to ensure that what went wrong in the past will not be repeated”.

Costs were awarded against Murray who uttered insults at the judges as he was lead away.

Inmates in Irish prisons fill out a form entitled “Application for Phone Calls” which permits them to list up to 12 contact numbers, the contact’s name and their relationship to the prisoner, the High Court found.

The form states that the “the first number must be your solicitor” and “all calls except those to the Samaritans and your solicitor will be monitored and recorded”.

Murray had drawn particular attention to two phone calls to his solicitor on July 23 2013, on the evening before day 21 of his trial, during which he discussed privileged matters in relation to his defence.

Both calls were made from lines other than the designated solicitor line, number one.

In his judgment, Mr Justice Noonan said Murray had not put any evidence before the court to demonstrate the slightest prejudice arising from what appears to have been a “technical infringement at best of his rights”.