Rape is a crime of hatred, regardless of alcohol’s role

Opinion: The old culture of prohibition and punishment is slugging it out with the new culture of pornography 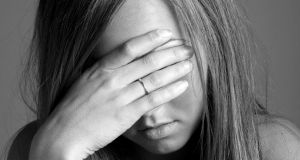 Christy Moore has written about the exiled Irishness he felt part of when he went to London in the 1960s, and to which the lyrics of Shane McGowan’s Fairytale of New York (our favourite Christmas song – set in the drunk tank) take him back: “It was macho and violent and sexist and racist and wild and drunk and stoned . . . and underneath it all lay tenderness but no words to describe it, and from that to show tenderness or affection could be misconstrued as weakness so f**k them all just in case.”

In 1983, I was one of a group of women who set up the Belfast Rape Crisis Centre and, in 2004, I wrote the history of the Dublin Rape Crisis Centre. So when Mr Justice Paul Carney warned last week that “if the current internet drinking contest takes hold, it is going to result in a tsunami of homicide and rape prosecutions coming before this court”, I looked him up in the index. There were so many rapes cases coming before the courts the situation was getting “out of control”, he said – in 1999.

That year, the Dublin Rape Crisis Centre received 7,000 calls, an increase of 30 per cent on the year before. The backlog of cases coming before the courts meant victims had to wait for years for their cases to be heard. In 2002, Mr Justice Carney spoke out again about the suffering this was causing. It was, he said, “beyond comprehension”.

Mr Justice Carney has presided over probably thousands of rape cases. In 2004, he called for guidance on sentencing in the “significant and surprising” number of cases in which a woman would become tired at a party, find a bed and lie down, only to wake up and find a man having sexual intercourse with her. This followed a case in which the appeal court set aside a custodial sentence he had given.

The groundbreaking Sexual Abuse and Violence in Ireland (Savi) report of 2002 found that 10 per cent of women have been raped and 21 per cent have suffered attempted rape or other serious sexual abuse. A new Savi report is long and disgracefully overdue. In 2004, there were 12,000 calls to the Dublin Rape Crisis Centre. During the two-month period of December 2013 to January of this year alone, it received over 2,000 calls.


Drink problem vs rape
And as for alcohol. In 1981, a man admitted killing 61-year-old Molly Daly after he became sexually jealous. The judge in the case said he was satisfied the accused had a “genuine affection” for the woman. “If it was not for the drink you would never have laid a hand on her,” he said. He adjourned sentencing, gave the man bail and ordered him to attend to his drink problem. The Dublin Rape Crisis Centre was “shocked and horrified”.

Ten years later, having convicted two men for raping a young woman, another judge said that “the girl involved had been very foolish in consuming a very large amount of alcohol . . .” The Dublin Rape Crisis Centre’s then director, Olive Braiden, said that in no other circumstances would the victim of a crime be held responsible for the actions of the offender. Ten years after that, she said the judicial attitude still persisted that alcohol was an exacerbating factor if the victim had been drinking, and an exonerating one if the perpetrator had been drinking.

In the 1990s, during a national controversy about “date rape”, barrister Greg Murphy claimed many rape cases involved young couples who had been drinking: “A girl who knew nothing about sex was late home, her knickers in flitters and she was worried whether she was pregnant or not. The easiest thing was to scream rape.”

By contrast, during a discussion on his RTÉ radio show, Gerry Ryan declared that, “Nobody deserves to be raped even if they’re walking down O’Connell Street naked on ecstasy.” The then director of the Dublin Rape Crisis Centre, Rosemary Daly said it wasn’t women’s drinking habits that caused rape. “The big question is, why do men rape women?” she asked.

The centre now issues “Staying Safe” guidelines for young people during peak drinking times such as Christmas. These include a series of warnings to young men: “Don’t be that guy who doesn’t make sure his partner is consenting . . . who sexually assaults a man or a woman too drunk to consent . . .” Warning young women about the risks of being drunk is not blaming them for any violence done to them, centre director Ellen O’Malley Dunlop stresses.

The tsunami has been. Rape has been rife in Ireland for many years, even if we didn’t have “neknominations”, Dublin nightclubs offering free entry to girls who’d hand over their knickers and SOS buses in Belfast full every weekend with the vomiting young.


Medium for violence
But getting drunk won’t turn any man into a rapist. Drunkenness is used as an excuse to vent violent hatred (and mostly in the context of marriage). Men who respect women don’t, ever, rape. Women don’t, ever, want to be raped.

The Irish Times has been highlighting the confusing and even perverse education too many of our schools offer children about relationships and sex. The old culture of prohibition and punishment slugs it out with the new culture of pornography.

This week our supermarkets are flogging liquor for Valentine’s Day. How many, despite longing for romance, will pass out long before they find the words to describe tenderness, affection or desire?


Susan McKay is the author of Without Fear - 25 Years of the Dublin Rape Crisis Centre (New Island, 2005)