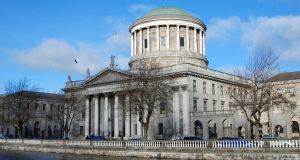 The Supreme Court ruling was welcomed by Women’s Aid and the Dublin Rape Crisis Centre.

A Supreme Court ruling on rape sentences on Friday should bring a positive message to those suffering the “brutal crime” of domestic abuse, the Women’s Aid charity has said.

“Under-reporting and the difficulty in speaking about sexual abuse mean that it is almost an invisible part of the horror of domestic violence,” said the charity’s chief executive Sarah Benson.

Women’s Aid said the significance of the judgment could not be overestimated, particularly in relation to sentencing guidelines which take abuse of trust into account as an aggravating factor.

“It also indicates an important understanding by the court that rape should not be judged in isolation from other offences,” Ms Benson said.

“This could include the specific dynamics and impacts of coercive, controlling behaviour in abusive intimate relationships which create the environment for sexual abuse and rape.”

The organisation said that although one in four women in Ireland experience physical and sexual violence by intimate partners, marital rape cases are rare. Those who contact Women’s Aid often find sexual abuse by a partner the most difficult aspect of abuse to talk about.

Friday’s landmark ruling was also welcomed by the Dublin Rape Crisis Centre, which views it as an important milestone in understanding how rape sentencing should be considered in Irish law.

“The judgment clearly sets out that a conviction of rape will attract a suspended sentence only in the most extraordinary circumstances,” its chief executive Noeline Blackwell said.

While a crime may consist of a single event, Ms Blackwell added, the Supreme Court had clarified the importance of context – “That it may happen over a longer period of time and that the Court of Appeal was wrong to see the rape in isolation” in regard to the case that came before it.

“It is also worthy of note that one of the factors which may attract a higher sentence is where there is an abuse of trust in the marital relationship, recognising that sexual assault is very often part of a wider pattern of domestic violence and abuse,” she said.