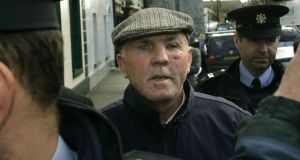 The next available trial date in the Special Criminal Court is more than two years away but this will shorten immediately when a second court begins operations in April, according to the Cours Service.

It said the fact that the next available date was in the Easter legal term of 2018 was not due to any increase in the number of new cases coming before the court but rather that a number of cases that had concluded took a long time to hear.

The Government decided last year to introduce a second Special Criminal Court so as to shorten the time cases were waiting for a trial date.

Sinn Féin’s call for the abolition of the court has been criticised by other political parties, particularly in the wake of the recent gangland killings in Dublin.

The Special Criminal Court hears both paramilitary and gangland cases.

There are currently 30 cases awaiting trial, with 42 defendants. Of the defendants, seven are in custody with the others out on bail.

The cases awaiting a hearing or sentencing involve 39 charges of being a member of an illegal organisation, 45 firearms and explosives charges, three of murder, and one each of directing operations and assault, as well as cases of tax evasion and handling stolen property.

The Irish Council for Civil Liberties has said it has noted with regret the fact that the appaling gangland murder at the Regency Hotel in Dublin “was now being used by some electioneering politicians to buttress their claim that Ireland still needs an emergency court”.

The issue should not be used as a “political football”, it said, stating that Ireland had a human rights obligation to abolish the court.

The deputy director of the organisation, Deirdre Duffy, said the issue of the court was “too serious to be part of party political posturing” and that the ICCL had issued a statement on the matter because during an election there “needs to be a voice that doesn’t have a shifting moral compass”.

She said the Government needed to justify the court’s existence. Witnesses still had to give evidence to Special Criminal Court hearings, and “we really don’t know” the extent to which interference with jurors is a difficulty.

“What is the state of emergency that justifies the court?” she asked.

Referring to the debate in the context of the Regency Hotel attack, she added: “Do we want murderous thugs determining the type of justice we have in this democracy?”

1 Miriam Lord: Reluctant Halligan bangs the nail on the head
2 All students will not return to school even if social distancing rules are relaxed – McHugh
3 Dangerous student stalker sentenced to seven years in jail
4 Miriam Lord: Taoiseach is trapped in a Zoom session from hell
5 Trump announces clampdown on social media companies
Real news has value SUBSCRIBE