Mountjoy to end antiquated practice of slopping out 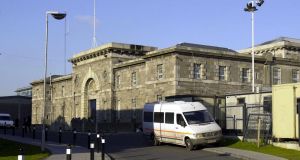 The practice of slopping out will be eliminated in Mountjoy Prison for the first time in its 160-year history within the next six months, the director general of the Irish Prison Service has said.

Michael Donnellan said with the capital project plans in place for the prison system, all cells in every jail in the State will have in-cell sanitation within the next three years.

The pledge comes after decades of domestic and international reports on the Irish prison system have been heavily critical of the situation where prisoners are forced to defecate and urinate into chamber pots at night and then empty their contents in communal toilets in the morning.

The situation had been exacerbated by the overcrowding in the system, with sometimes four prisoners to a cell designed for one and prisoners eating their meals in their cells.

Mr Donnellan said much of Mountjoy Prison had already been refurbished, with most cells now single occupancy and with toilets and wash hand basins fitted.

“We have made such strides in Mountjoy,” he said at the closing session in Athlone, Co Westmeath, of the Prison Officers’ Association annual conference.

“By September of this year slopping out in will be finished there. That’s such a statement because it’s something which has gone back to the 1850s. The A, B and C wing will have been completely refurbished and the D wing will be closed (for refurbishment).”

He said the D wing in Limerick Prison has recently been closed because it was unfit for purpose and when planned building and refurbishment projects are complete slopping out will have ended across the prison system by 2016. A major priority was the construction of a new Cork Prison, on the car park of the existing facility it will replace.

He added the planned closure of St Patrick’s Institution for Young Offenders in Dublin at the end of the next year would remove all minors from the Irish prison system for the first time since the foundation of the State.

While the number of prisoners locked away in sections of the State’s prisoners for the purposes of being protected from others was now at 629 of the 4,300 total prisoner population, Mr Donnellan said two thirds of them still had some access to gyms, classrooms and other facilities.

However, around 200 were on 23-hour lock up. This involves being locked into a cell for all but one hour each day. Such prisoners had been placed there because they had been attacked or threatened with attack by other prisoners in the main prison population.

Mr Donnellan said while the threat of prison gangs to other prisoners was an issue that had to be faced by prisoners and his staff daily, he believed the prison environment was as safe as it could be.

However, Mr Donnellan believed an incentivised regime – where compliant prisoners are offered sought after jobs in kitchens and other places or paid slightly higher daily allowances for supplies – was working well and had created a calmed and safer setting.

While prisoners absconding from open prisons always attracted adverse media coverage, most of those who fled were returned to jail very quickly, with only 74 staying long term at large in the past decade. While this was “74 too many” he did not believe it warranted any move away from open prisons, which are seen as the most progressive part of the prison system.

He also insisted the new community return scheme was working well, with 90 per cent of those low risk prisoners released early under licence engaging fully and properly with the Probation Service as per the terms of their release.

A total of 299 availed of the community return scheme last year, while 119 are currently on early release under the scheme.

1 Cork shootings: Gardaí find lengthy apparent suicide note on one of the dead men
2 Johnson’s Brexit Bill set to be blocked by House of Lords
3 Two hundred Irish retailers for all your online Christmas shopping
4 Former solicitors ran an ‘identity factory’ in committing fraud – court told
5 Son (23) who died in suspected Cork murder-suicide was due to graduate
Real news has value SUBSCRIBE