McIlroy’s case to be heard in Commercial Court in 2014 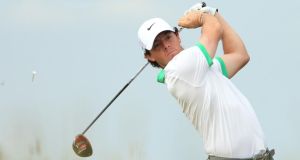 Golfer Rory McIlroy’s action against his former agent, Horizon Sports Management, is to be fast-tracked in the big business division of the High Court and will be heard in autumn next year.

Paul Sreenan SC, for Horizon, said it was anticipated there would be extensive disputes related to what documents would be necessary for the action. Mr Fanning said Mr McIllroy travels extensively and an autumn 2014 hearing date would suit him better.

Mr Justice Kelly agreed to transfer the action to the Commercial Court and fixed dates for exchange of legal documents between the sides.

Much of the dispute in the case will centre on the exact terms of the 24-year-old Northern Ireland golfer’s representation agreements of December 2011 and March 2013. He is seeking orders quashing those on grounds including alleged breach of contract and breach of duty.

He won six times the following year, including the US PGA at Kiawah Island and rose to the rank of number one in the official world rankings.

Mr McIlroy recently confirmed the split from Horizon in setting up his own management company, Rory McIlroy Incorporated (RMI). Earlier this year, he also signed a multi-year contract with Nike worth an estimated €185 million.