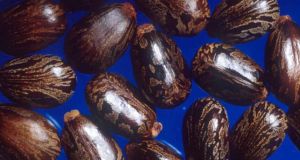 A man ordered enough deadly poison on the Dark Web to kill 1,400 people, a English court has heard.

Father-of-two Mohammed Ali, (31), allegedly tried to buy 500mg of ricin worth $500 US dollars (€460) from a dealer in the United States who went by the names of Dark Mart and Psychochem.

What the software programmer did not know was that the man he had been communicating with on the internet black market was an undercover FBI agent known as Peter who was posing as a ricin supplier.

Under the username Weirdos 0000, Ali approached Dark Mart in January with a private message: “Hi, would you be able to make me some ricin and send it to the UK?”

In a series of encrypted chats they discussed details including the price of a lethal dose, discounts for bulk orders and repeat purchases, and ricin’s “shelf life”, jurors were told.

At one point Ali asked: “How do I test this ricin?” and received the instruction: “You must test it on a rodent.”

Peter had already alerted British authorities who allowed the negotiations to run their course, jurors were told.

On February 10th, Ali took delivery of a toy car with “special batteries” at the home he shared with his wife and two young sons in Prescot Road, Liverpool.

Instead of ricin, the five concealed packets contained a harmless powder and the toy was covered in a “unique marker” which sticks to skin on contact and can be seen under a UV light, the court heard.

When police swooped to arrest Ali they seized the opened package from his home office as well as his computer and mobile phone.

The computer showed that Ali had begun searching Google in October last year for poisons such as abrin, ricin and cyanide.

Records showed that on February 4th – days before the delivery – he made a payment of 2.1849 Bitcoins, the online currency, jurors were told.

He had made a list on his computer notepad which included the entries “paid ricin guy” and “get pet to murder”.

After receiving the delivery, Ali searched Google for “pocket-sized pets”, “animal rescue centre”, “chinchillas Liverpool” and “rabbit rehome – adopt an unwanted bunny from a rescue centre”, the jury was told.

Ali’s mobile phone showed Google and Yahoo searches for “how to make ricin” and “what poison kills you quick, is foolproof, easily found/made, easily concealed and hard to detect post mortem”.

Prosecutor Sally Howes QC told jurors that ricin was “the poisoner’s perfect poison” because its symptoms are non-specific and it does not show up in a post-mortem examination.

Symptoms vary according to exposure. If inhaled they include respiratory distress, cough, fever, nausea, heavy sweating and fluid on the lungs. Low blood pressure and respiratory failure ultimately leads to death.

Ingested ricin results in severe vomiting, diarrhoea and dehydration and leads to multiple organ failure of liver, spleen and kidneys.

Ms Howes told the jury that police found no evidence to suggest Ali had any association with terrorist activities or organisations.

Ali, who was born in Bolton and has lived all his life in the North West of England, denies the charge of attempting to possess a chemical weapon between January 10th and February 12th.

Ms Howes said he is likely to argue that he sought to buy ricin on the Dark Web “out of curiosity” and his attempt to possess it was for “peaceful purposes” and not to use it as a chemical weapon.

She said his defence team is likely to rely on a psychological assessment that Ali has traits associated with Asperger’s syndrome to explain what he did.

The Old Bailey trial is expected to go on for two weeks.