Man in his 40s found dead at Navan Retail Park 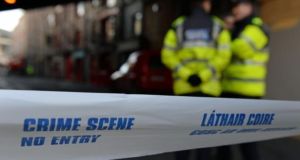 The body of a man was discovered at Navan Retail Park on Tuesday morning.

A man in his 40s was found dead early on Tuesday morning at Navan Retail Park in Co Meath.

It is understood a large steel security gate at the entrance to a delivery section of the retail park collapsed on top of the man.

His body was discovered at about 6.20am on Tuesday and was removed to Navan General Hospital where a postmortem will be carried out. Gardaí are treating the death as a workplace incident.

The Health Service Authority is currently at the scene in Navan Retail Park which has been preserved for examination.