Bekim Zogaj (33), a Serbian national, was arrested in 2012 after 10 years evading police 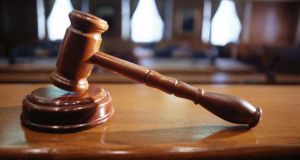 A man convicted of the manslaughter of eight illegal immigrants found dead in a shipping container in Wexford in 2001 was released from custody in Belgium last week.

Bekim Zogaj (33), a Serbian national, was arrested in 2012 after 10 years evading police following his conviction. However the Belgian court of cassation released him last Tuesday when it emerged that documents relating to the case file had gone missing.

Almost two years after the discovery of the corpses at a Wexford industrial estate, Mr Zogaj was one of a number of individuals charged with people- trafficking and manslaughter at a court in Bruges in 2003.

The court convicted him in absentia and sentenced him to 10 years in prison. Mr Zogaj’s lawyers argued that he could not be tried in absentia under the European Convention on Human Rights and he faced retrial in Ghent, first in 2006 and subsequently last April, when his conviction was upheld.

Garda evidence
Gardaí gave evidence at the 2003 trial following co-operation with Belgian police authorities during an intensive 15- month investigation. Survivors of the tragedy identified a number of the traffickers during the proceedings, which lasted several weeks.

The eight victims , including two children, were hidden in a sealed freight container that left Italy in November 2001. It came to Belgium by train and was then dispatched from Zeebrugge for Waterford.

After several days at sea, it was finally opened by a truck driver on December 8th, 2001 in Drinagh Industrial Estate near Wexford. The driver said that he heard banging noises from inside the container and saw that the lock had been tampered with. Following the discovery, he notified the Garda.

Wexford Garda Supt John Farrelly said at the time that it was a “nightmare of human misery”. Eight of the occupants had suffocated from lack of oxygen and the remaining five were brought to Wexford General Hospital suffering from hypothermia and dehydration.

It was not until 2012 that police eventually apprehended Mr Zogaj in Germany but last week the Belgian court of cassation suspended the earlier verdict because documents were missing from case file.

Missing documents
His lawyer, Filip Mertens, told The Irish Times: “Several documents in the case file were missing. I simply could not find them. The court of cassation accepted my argument that this complaint had not been addressed.”

Mr Zogaj will now face a new trial before a court of appeal in Antwerp. Mr Mertens said that according to the judgment against Mr Zogaj from earlier this year, an undue delay will have passed by December 5th, 2013, meaning that a conviction may be impossible after that date. A date for the retrial has not yet been set.

Asylum applications to Ireland soared during the early 2000s, with more than 10,000 asylum applications received in 2000. Faced with increasing security measures on the EU’s outer borders, many immigrants resort to dangerous and often fatal measures to arrive at their destination.