Man accused of throwing vomit over nurse is refused bail 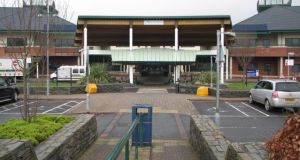 A man accused of throwing a bowl of vomit over a nurse trying treat to his injuries must remain in custody, the High Court in Belfast has ruled.

Refusing bail to the 35-year-old, Mr Justice Burgess said: “This can only be described as an appalling, nasty assault on a public servant going about her duty of trying to help.”

Mr Logue, of Lodge Road in Coleraine, is charged with common assault and two counts of disorderly behaviour in connection with the incident on February 7th.

Prosecution counsel Conor Maguire said the accused and a friend had gone into a Spar store in Portstewart earlier that night and started knocking items from the shelves.

Police called to the shop took the pair to the Causeway Hospital due to their level of intoxication and minor injuries.

When they arrived, Logue was allegedly abusive towards officers and medical staff attempting to treat him, continually shouting and swearing.

Mr Maguire claimed: “He threw a bowl containing his own vomit at a nurse, it struck her and covered her body and legs.”

Mr Logue was so heavily intoxicated that police had to wait until he sobered up the following day to interview him, the court heard. “He was asked a number of questions about what had happened but remained silent,” the prosecutor added.

Mr Logue allegedly committed the offences while in breach of a curfew and alcohol ban. Those conditions were imposed when he was previously granted bail on charges of common assaults against his former partner and her 19-year-old son in December.

Both of those alleged victims have since withdrawn their complaints, it was confirmed.

Referring to the hospital incident, defence counsel said: “He has no memory of the events.”

Denying bail, the judge expressed no confidence in Mr Logue complying with any conditions imposed.

Describing the alleged vomit attack on the nurse, he added: “You just have to say it to realise how abhorrent such an action would be.”