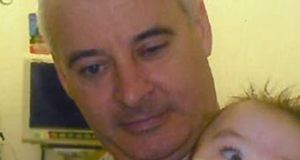 PSNI detectives from the Serious Crime Branch investigating the murder of Kevin McGuigan have arrested a 46-year-old man in Antrim on Thursday.

The arrest is the 13th to date in the investigation. A 41-year-old man arrested on Wednesday remains in custody.

Meanwhile the PSNI say they would support an independent assessment of paramilitary groups in Northern Ireland.

The Irish Government and DUP have also supported some form of monitoring of the ceasefires after the killing by individuals from the Provisional IRA shook the political institutions.

Police Service of Northern Ireland chief constable George Hamilton has said the IRA – which was supposed to have gone away a decade ago – still exists for peaceful purposes and the shooting of Kevin McGuigan was not sanctioned at a senior level.

He said: “The monitoring of paramilitary groups as conducted, for example, by the Independent Monitoring Commission (IMC) until 2011, was part of a political agreement.

“The police service would be supportive of any political intervention to create some form of independent assessment process in the future.”

The chief constable said it was a political decision whether to set up a body like the IMC.

He added: “We don’t actually have a statutory responsibility to monitor and report to political parties on the status of paramilitary groups. If there is a decision taken politically that there would be some sort of monitoring commission introduced clearly it would fill that gap.”

He said any monitoring should include loyalist groups like the Ulster Volunteer Force and Ulster Defence Association.

“That may well be useful, that may well be helpful to answer questions that feel to me like legitimate questions for politicians to ask. I would not be in favour of a change of the law to enable us to report for political purposes because it is blurring the lines between operational and political activity and feeds the political beast which is not for the police, in my view.”

Senior police briefed politicians and independent members of the Policing Board in Belfast on Thursday.

Assistant chief constable Will Kerr said: “At the operational tier, active service units, we don’t believe that tier exists any more. A senior tier exists for a radically different purpose than 20 years ago.”

He said there was no terrorist command and the IRA was not involved in terrorism.

“It is involved in pursuing an exclusively peaceful, political agenda.”

Mr Hamilton also said aspects of the IRA had gone away.

Political controversy was sparked when the chief constable said the PIRA still exists and some members, along with a group styling itself Action Against Drugs, were involved in the murder of Mr McGuigan earlier this summer.

Police believe the killing was a revenge attack by republican associates of IRA commander Gerard “Jock” Davison who was gunned down in May.

The chief constable said the PIRA is not engaged in terrorism – instead pursuing peaceful, political republicanism – and that there is no evidence the McGuigan killing was sanctioned by the IRA leadership.

But the Ulster Unionist Party (UUP) said it could no longer work with Sinn Féin because trust has been shattered and has left the power-sharing ministerial Executive at Stormont.

Northern Ireland’s largest party, the DUP, has called for the Assembly to be suspended for four weeks to allow for intensive talks.