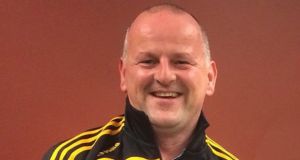 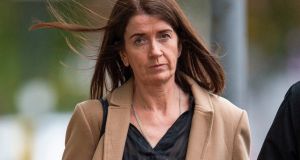 The jury in the trial of a Roma supporter accused of a joint attack on a Liverpool fan from Co Meath outside Anfield is considering its verdict.

The 53-year-old from Dunboyne suffered “catastrophic injuries” when he was assaulted before the Champions League semi-final on April 24th.

Mr Cox suffered a severe, traumatic brain injury in the attack and is still unable to talk or sit up unaided, the jury has been told.

On Wednesday, as he summed up the case, Recorder of Preston Judge Mark Brown said: “Football has been described as the beautiful game but the terrible events that took place outside Anfield stadium when Sean Cox was assaulted and suffered catastrophic injuries surely have blighted its reputation.”

The jury at Preston Crown Court was told another man, referred to as N40, was responsible for the punch that knocked Mr Cox to the ground, causing his injuries.

The prosecution alleges Mr Lombardi swung his belt towards Mr Cox as he fell and was jointly responsible for the attack.

The trial, which began last Thursday, has heard MrLombardi arrived at the ground after walking from Liverpool Lime Street train station with a group of 20 to 30 Roma supporters.

Footage taken on Walton Breck Road, which was full of Liverpool supporters ahead of the game, appears to show Mr Lombardi swinging his belt in the direction of Mr Cox, who was standing with his brother Martin.

Neville Biddle, prosecuting, said: “The Coxs had done absolutely nothing other than walk peacefully down the road.

“I suggest to you it’s clear from those photos that Mr Lombardi, for whatever reason, was intent on causing trouble.

“He now realises that what he has done has has caused catastrophic injuries to Mr Cox and he is quite simply not able to bring himself to admit that that is what he had done.

“What he has done is tell you a whole series of untruths to try to cover his situation, maybe because he is ashamed of what he did and can’t bring himself to accept responsibility for it.”

Mr Lombardi, who had an Italian interpreter in court but gave most of his evidence in English, claimed he had taken his belt off because he became lost and feared he was walking into a dangerous situation among Liverpool fans outside the ground.

He said a man standing behind Martin Cox said something to him about a fight and he swung the belt at him to get him away but did not notice Sean Cox until he saw him lying on the ground.

In her closing speech, Alison Gurden, defending, said: “You don’t have to be certain that what Mr Lombardi has said is accurate, you just have to effectively have doubt in your mind as to whether prosecution have proved this case.”

The court has heard Mr Lombardi is a university student working at a debt recovery call centre and has no history of being involved in football-related violence.

Mr Lombardi has admitted a separate charge of violent disorder and said he made a “mistake” when he became involved in a fight following the assault on Mr Cox.

About half a dozen members of Mr Cox’s family, including his wife Martina, were in court as the jury were sent out to consider their verdict shortly after midday on Wednesday.

The jury was sent home for the evening and will resume deliberations at 10am on Thursday.