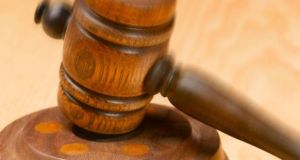 Figures released by the Courts Service show some judges claimed almost €49,000 more than their colleagues at the same level for travel, subsistence and judicial attire and incidental expenses, in a 12-month period.

There are huge variations in the expenses claimed by judges at all levels, according to figures released by the Courts Service.

They show that some judges claimed almost €49,000 more than their colleagues at the same level for travel, subsistence and judicial attire and incidental expenses, in a 12-month period.

However, the Courts Service has advised caution in interpreting the figures, noting that judges in different court jurisdictions are required to travel different distances and stay in different locations for differing periods of time.

Some claims also involve costs accumulated from previous years. The highest claim in the six-year period was one such case, where District Court judge, Judge Cormac Dunne, received €91,909.88 in 2009 but this included seven years’ arrears for the period 2002 to 2008.

Another District Court judge, Judge Denis McLoughlin received the second-highest payment according to the Courts Service. He received €55,171.51 in 2008 but €21,208.16 of this related to arrears from the previous year.

This is the second time the Courts Service has released judges’ names alongside expenses, following a ruling in August by Information Commissioner Peter Tyndall that the Courts Service was not justified in withholding the names of individual judges. Previously it had released the figures on an anonymised basis but this was successfully challenged by The Irish Times.

There were also wide variations in costs claimed by District Court judges. Last year Judge Kevin Kilraine claimed €44,918.66 while his colleague Judge Sinéad Ní Chúlacháin claimed €902.78. Some judges made no claims in certain years but of those who did, the lowest claim in the six-year period was by Circuit Court judge Judge Katherine Delahunt who claimed €36 in 2009. In the same year, fellow Circuit Court judge Judge Patrick Moran accumulated €48,160.24 in travel and subsistence expenses.

A spokesman for the Courts Service noted that, since 2008, the cost of subsistence had fallen by 40 per cent and the cost of travel by almost 12 per cent. “The overall costs have dropped by over 30 per cent from the €2,492,764 required in 2008, down to the €1,740,730 last year,” he said. “As almost all such costs relate to court sittings we can say that the level of costs recouped by each judge are a direct reflection of the work, numbers of sittings and the locations they are required to attend.”