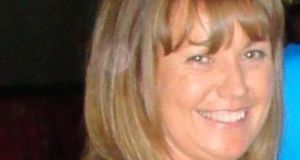 The Irish woman shot dead while sunbathing on the beach in the Tunisia terrorist attack worked as a nurse and had fought to save the lives of schoolchildren killed and injury in a major school bus crash in the Republic seven years ago.

Lorna Carty, from Robinstown in Co Meath, had travelled to the coastal resort town of Sousse with her husband, Declan, after the couple had been given the trip as a present.

Mr Carty, a dairy farmer who has lived in Robinstown all his life, had undergone heart surgery recently and the trip abroad was intended as a break to help him recover.

Minister for Foreign Affairs Charlie Flanagan yesterday condemned the attack and the other terrorist atrocities in Kuwait and France.

He said the full extent of the attack in Tunisia, where the death toll had reached 37 last night, was not yet clear and he could not rule out the possibility that other Irish people had been killed or injured.

“Immediately following the atrocity, our Ambassador in Madrid left for Tunisia, and he is expected to arrive shortly and will report directly to me. Our priority at the moment is with those directly involved. They are remaining indoors in the hotel complex in Tunisia. Our priority will be the safe return of Irish citizens at the earliest opportunity.”

The flight was a charter run by the Sunways Irish travel company which offers the Imperial Marhaba Hotel, where the attack took place, as holiday accommodation to its customers.

The deceased woman, Ms Carty, was originally from the neighbouring parish of Kilmessan, but had lived in Robinstown for three decades.

Her elderly parents still live in the area and her mother is a well-known figure in Meath in the Irish Countrywomen’s Association. Her brother, Meath auctioneer Maurice Harlin, is based in Navan, Co Meath.

Ms Carty has two adult children, Hazel (18) and Simon (21). Hazel has just completed her Leaving Cert and was holidaying abroad when she heard the news yesterday of her mother’s death in the terrorist attack.

Simon was at home on the family farm in Robinstown when news of the attack emerged. He is a student at University College Dublin.

Ms Carty was working as a private medical practice nurse in Meath. In 2005, when five children lost their lives and a number of their school friends were injured when their school bus crashed and overturned in Kentstown, Co Meath, Ms Carty was among the staff who treated them on the day.

“They are very well known here and well liked, and with the news that is coming through, everyone is just in shock about what has happened,” he said.

“Obviously, with Declan having grown up here and farming here, and with Lorna working at the job she did, people knew them very well. They are really very decent people and very well liked.”

An Irish man at the resort, Tomás Ó Ríordáin, from Cúil Aodha in Cork, said: “We heard something like shots, but we thought it was a jet-ski backfiring or something.”