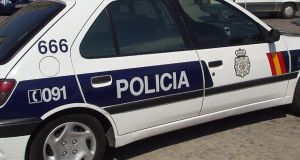 A National Police spokeswoman said that Francis Paul Cullen, a native of Dublin, was arrested in the town of Arona on the Canary Island of Tenerife.

He was detained on a European arrest warrant issued by Britain and will be taken to the National Court in Madrid.

A police statement said the abuses occurred in religious centres and churches in Britain between 1955 and 1991. The locations were not disclosed.

Police said the altar boys were aged 7, 8 and 12 years when they were first abused.