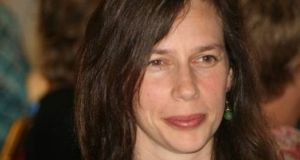 Valerie French-Kilroy was found dead at a house in the Kilbree area, near Westport, in June 2019.

An inquest into the death of Valerie French-Kilroy, who was found with a stab wound at her home in Westport last year, was opened and adjourned on Monday.

The State sought to have the hearing, which lasted seven minutes at Mayo’s Coroner’s Court, adjourned to allow criminal proceedings to take place.

Ms French-Kilroy (41), who was an occupational therapist and the mother of three young boys, was found dead at her home at Kilbree Lower, Westport on June 14th, 2019.

A postmortem into her death, carried out by State Pathologist Dr Linda Mulligan found she died from ligature strangulation in association with blunt force trauma to the head and a stab wound to the neck.

Incised wounds to her hands were a contributory factor.

Last October her husband, James Kilroy, was sent forward for trial, charged with her murder.

Det Insp Gary Walsh told the inquest a trial date has been set for February 2021.

Ms French-Kilroy’s brother attended the hearing and gave evidence of identifying his sister’s remains at the mortuary at Mayo University Hospital the day after her death.

The deceased’s family had sought a copy of the postmortem report but coroner Patrick O’Connor said the release of any documentation could be prejudicial to the criminal proceedings and he would not be releasing the report. He exceeded to the State’s request to adjourn the inquest, pending the outcome of the criminal proceedings, to July 21st, 2021.