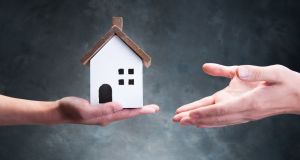 Societal changes have meant that in countries such as Australia and New Zealand, the courts have become less inclined to consider that children have any expectation to inherit. Image: Thinkstock/Getty Images

As people live longer and have fewer children, courts in many jurisdictions are changing their view on how to respond to children, including adult children, who take cases contesting who gets what from a parent’s estate.

In considering how any new Irish legislation dealing with this should be drafted, the Law Reform Commission draws attention to the context where the “generational contract” is changing.

The traditional generational contract in 20th-century Europe involved parents who had cared for their children expecting their children to care for them when they were old. But people are now taking more responsibility for their later years than they did in the past and are funding their own needs, including health and care requirements.

These changes have meant that in countries such as Australia and New Zealand, the courts have become less inclined to consider that children have any expectation to inherit. As a result courts are more reluctant to alter the legacies left to children in parents’ wills in cases where children are contesting them.

In Ireland, section 117 of the Succession Act 1965 allows children of deceased parents to go to court and argue that a parent’s will is not in accordance with their “moral duty make property provision for the child”, taking into account the parents’ means.

The 1965 Act provides that a surviving spouse has a legal right to a minimum share of one half of an estate where there is a will and no children and one-third where there are children. There is no legal minimum share to which a child is entitled.

The Oireachtas decided in 1965 to adopt a “half-way house” approach between dictating a minimum provision for children in wills and leaving everything up to the person making the will. The idea of section 117 was to allow a child to seek some adjustment to what was otherwise a free hand in relation to the treatment of children in wills.

“The effect of this may be that in the 21st century the older generation may consider that it does not owe much to the next generation, their children, once their children are adults.”

On the other hand, the paper notes, those who are able to often give an “upfront inheritance” to their children, by paying university fees or helping with a first mortgage.

There are long-term implications arising from this changed generational contract for the distribution of wealth, according to the paper. The position of homeowners and their children might be different to those without property.

The latter may end up relying on State care in later years, but this care regime may fall short of what is necessary. This could see pressure on their children as they may have to support their parents using relatively meagre means.

“In the 21st century, inherited wealth may grow faster than earned wealth, so that the gap between the two groups will widen over time,” the paper says, before observing that one policy alternative might be that people of working age would pay enough in taxes to fund a good quality, universal care system for the elderly, as in some Scandinavian countries.

This is just part of a lengthy consultation paper canvassing aspects of section 117 and how it might be changed, taking into consideration international developments and changing demographics.