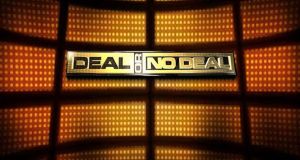 Linda Moore, who was a ‘Deal or No Deal’ contestant, had an apparent pistol pointed at her in her home.

A gardener accused of carrying out an armed and violent raid on the home of a television game show winner must remain in custody, a High Court judge has ruled.

Mr Justice Horner refused Jonathan Lyttle’s bail application after being told a three-man gang forced their way into house in Ballymena, Co Antrim, claiming to be from the INLA.

Linda Moore had an apparent pistol pointed at her before her husband Dale was hit with a hammer by the intruders demanding money, it was alleged. Around £1,600 in cash was taken before the men escaped, prosecutors said.

The judge said the family had been subjected to a “frightening and vicious” ordeal on November 28th.

“One cannot begin to contemplate the physical and mental scars left by the attack,” he said.

Mr Lyttle (35) and from Glenluce Walk in Belfast, faces charges of possessing a pistol with intent to endanger life, carrying a firearm with intent to commit an indictable offence, aggravated burglary and theft, causing grievous bodily harm with intent to Mr Moore, and a common assault on Ms Moore.

She is reported to have won £23,000 as a contestant on the Channel 4 game show Deal or No Deal earlier this year.

The court heard how Ms Moore answered the door at her Moat Road home just before 3pm to be confronted by a man in a high-visibility jacket talking about manhole covers.

Conor Maguire, prosecuting, said the caller then barged in, brandishing what appeared to be a pistol.

Two other masked men followed him inside, claiming to be from the INLA and seeking cash, he continued.

Mr Moore was then assaulted with a hammer. Money was handed over after the couple believed they heard a shot being discharged, said counsel. Their two young children were also at home at the time.

The men escaped in a waiting car and mounted the footpath in an attempt to avoid a bus, the court heard.

Less than an hour later Mr Lyttle and a second accused were arrested.

Defence counsel Michael Boyd argued that his client has not been identified in the victims’ accounts.

But refusing bail, Mr Justice Horner held there was a risk of either re-offending or interfering with the investigation.

“This was a frightening and vicious attack on a law-abiding family of mother and father and two children,” he said.