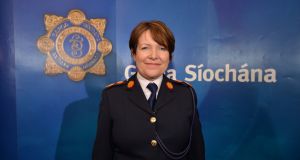 Garda Commissioner Nóirín O’Sullivan: in her correspondence to Government accompanying the report, she says the appraisal of PIRA in the South had never contradicted anything said in the North. Photograph: Alan Betson

The Garda’s report on the current status of the Provisional IRA skirts around the August murder of former “Provo” Kevin McGuigan, who was shot dead by two gunmen at his home in the Catholic Short Strand area of east Belfast.

The murder wrong-footed the usually assured Garda Commissioner, Nóirín O’Sullivan, though the inquiry was one for the PSNI and should never have troubled the Garda.

But when the PSNI said a major line of inquiry was that the PIRA was involved in the killing, a letter penned by O’Sullivan six months earlier was quickly reheated by the media and became a source of embarrassment for her.

In February, O’Sullivan had replied to a letter from Sinn Féin’s Pádraig Mac Lochlainn, who queried the accuracy of a newspaper report suggesting the PIRA continued to exist but “was now limiting itself to fuel-laundering, cigarette- smuggling and counterfeiting”. O’Sullivan assured the TD that the Garda had no evidence to support the claim.

However, when the PSNI linked the McGuigan murder to the Provisional IRA, it appeared its assessment that the PIRA still existed and was operating was at odds with the Garda’s view, as expressed to Mac Lochlainn.

The report simply states that the PSNI inquiry into the shooting “remains ongoing and no one has yet been charged with the murder”.

But in her correspondence to Government accompanying the report, O’Sullivan is in full diplomatic flow, saying the appraisal of PIRA in the South had never contradicted anything said in the North.

She says it had never been the Garda’s view that “PIRA had disbanded and accordingly ceased to exist”. Instead, given the legacy issues, an assessment of the PIRA’s current status would be “inevitably complex”.