Garda chief’s answers leave us all with questions

Opinion: A crisis has been created between the police force and the State it is meant to serve 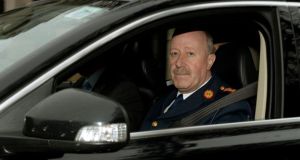 Let’s hope that Garda Commissioner Martin Callinan is hopelessly out of his depth in the very deep waters into which he has waded. Why? Because the alternative is that Martin Callinan knows exactly what he is doing. He has set the Garda on more collision courses than the dodgems in a funfair. Over the past year, he has steered what he keeps calling “my force” into a series of confrontations with major statutory bodies: the Garda Síochána Ombudsman Commission (GSoc); the Smithwick Tribunal; the office of the Comptroller and Auditor General (C&AG) and the Public Accounts Committee of the Dáil; and the Oireachtas itself. Whether accidentally or deliberately, he has created a crisis in the relationship between the police force and the State it is meant to serve.

It is worth listing these five confrontations, because their import is cumulative. Firstly, we had GSoc’s damning report into the handling of a confidential Garda informant, noting for example the “difficulties experienced by the investigation team in obtaining evidence from the Garda Síochána”.

Essentially, it said the force under Callinan had not co-operated
fully with a statutory body. Callinan’s response to the Oireachtas Joint Committee on Public Service Oversight: “I choose to remain silent . . . I regard this subject as being so serious and critical to the operations of An Garda Síochána that I choose not to make public comment . . . Where we have some issues with GSoc, I prefer to deal with them in private.”

Momentous conclusion
Next, we had the even more serious finding by the Smithwick Tribunal: “I regret to say . . . that there prevails in An Garda Síochána today a prioritisation of the protection of the good name of the force over the protection of those who seek to tell the truth. Loyalty is prized above honesty.”

How did Martin Callinan react to this momentous and deeply considered conclusion, again issued by a statutory body? “I cannot and do not and will never accept that.”

The third and fourth confrontations are intertwined. The C&AG and the PAC are joined at the hip: the C&AG audits the use and abuse of public money; the PAC holds hearings on the C&AG’s findings.

Consider the case of the systemic undermining of the penalty points system that is the focus of the current controversy (42,700 notices cancelled in 2011 and 2012, some for reasons such as “there was a lack of concentration by the driver who had other issues on his mind, such as a cow dying on his farm”).

Callinan has reacted like a 19th-century general. His challenge to the right of the PAC to hold truly meaningful hearings seems to me to also implicitly challenge the right of the C&AG to make such findings: these are the two
sides of the same process.

The commissioner’s stance at the PAC last week was essentially that he himself is the only person who can decide how he should be made accountable for what he habitually calls “my force” or “my organisation”. (He adopted this habit, incidentally, as long ago as 2009 when he was merely deputy commissioner.) This sets him at odds with two bodies established by the Constitution: the C&AG and the Dáil.

Finally, the commissioner has placed himself in a direct confrontation with laws passed by the Oireachtas. He told the PAC that one of those he dismisses as so-called whistleblowers, Sgt Maurice McCabe, could be subject to disciplinary action.

The Garda Síochána Act (2005) allows for a serving or retired member of An Garda Síochána to report a concern about apparent wrongdoing to members of the Oireachtas.

Apparent reluctance
It is hardly unfair to suggest that there is a pattern here: to dismiss one statutory body might be unfortunate; to dismiss five is at best careless but at worst a conscious effort to establish that the commissioner’s authority over “my force” cannot be qualified by any process of democratic accountability.

And behind this there is an apparent reluctance to think deeply about the implications of the Morris and Smithwick tribunals for the public trust on which policing rests. As Callinan put it himself: “We have had one or two problems in the past. I am a firm believer in parking it, moving on and learning from the lessons of the past.”

One of the great achievements of the Irish State was the establishment, after a civil war, of a police service that commanded wide respect because it was both independent of politics and subordinate to democratic institutions.

The first principle has been attacked in the past by reckless politicians. There is now a danger of the second being undermined by a commissioner who can’t see the difference between accountability and insubordination.