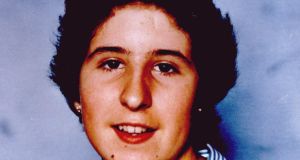 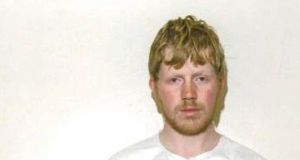 Colin Ash-Smith, who has been found guilty at Inner London Crown Court of the murder of Claire Tiltman.

A former milkman could spend the rest of his life in jail after being convicted of killing a schoolgirl in a “frenzied and remorseless” murder more than 20 years ago.

Colin Ash-Smith, (46), stabbed Claire Tiltman from behind as she took a shortcut through a dark alleyway to a friend’s house in 1993, just four days after her 16th birthday.

He attended her funeral a month later with his parents, wearing the same beige jacket he wore the night of the murder.

Twenty-one years later, friends of the murdered schoolgirl wept as her killer was finally convicted at Inner London Crown Court. Ash-Smith stared ahead stony-faced as the jury of seven men and five women gave their verdict after just three hours of deliberation.

Ash-Smith has been in jail since 1996 for stabbing two other young women in brutal attacks that bore the same hallmarks as Claire’s murder.

The judge Mr Justice Sweeney warned Ash-Smith he faced a life sentence. “The only sentence I can impose upon a conviction for murder is one of life imprisonment. However, it is also incumbent upon me to form a view as to the length of any minimum term.”

Ash-Smith was first questioned as a suspect by detectives in connection with the schoolgirl’s murder in 1995.

But he was only charged earlier this year, the day he was due to be considered for release by the parole board.

Claire’s parents Cliff and Linda have died in the years since her murder in Greenhithe, Kent, on January 18th, 1993, and questions will be asked about why her killer evaded justice for so long.

Brian Altman QC, prosecuting, said Ash-Smith got a “warped pleasure” out of killing Claire in a “savage” and motiveless attack. He told jurors: ”Her assailant had stabbed her no less than nine times in what can only be described as a frenzied and remorseless attack by someone having nothing less than the intention of killing her.

“Make no mistake, this was a killing for the sake of killing, carried out by a ruthless and predatory armed killer, who attacked his chosen victim rapidly and stealthily, allowing her no time for defence or escape, and who fled the scene just as efficiently as he had arrived.”

When officers searched his family home last year they found an edition of a local newspaper marking the first anniversary of Claire’s death. A five-week trial heard chilling details of how Ash-Smith killed Claire as part of a “spree” of attacks on females across Kent.

Speaking in the witness box, Ash-Smith told how he went on midnight walks armed with knives hunting for victims.

In an attack he later dubbed his “masterpiece”, Ash-Smith attempted to murder and sexually assault a young mother in 1988.

“I would wait for my mum and dad to go to sleep first and then I would go out. I was 19 or 20. That was the first time I started doing it, in 1988. I used to do it quite regularly. I used to call them my midnight walks. I was hoping I would see someone and provoke someone into attacking me.”

Asked why he attacked the woman, he said: “I wanted to feel empowered, that I had control over someone. That I wasn’t a doormat.”

Five years later he attacked Claire as she walked to a friend’s house to talk about college options after finishing her mock GCSEs.