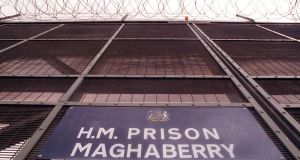 The 62-year-old was convicted in 2008 over 15 million smuggled cigarettes, and jailed in Maghaberry prison

The man who is at the centre of a major Criminal Assets Bureau inquiry is one of the most significant cross-Border smugglers in the country, gardaí believe.

The 62-year-old has convictions for IRA terrorism and was also convicted over a serious smuggling-related crime long after the Troubles ceased.

He was convicted in 2008 of evading duty on a consignment of 15 million smuggled cigarettes he had been caught with three years earlier in Coalisland, Co Tyrone.

On conviction he was ordered to pay £500,000 to HM Revenue and Customs while a three-year prison sentence imposed at the time was left suspended.

However, when he failed to pay the large fine the prison sentence was activated and he was jailed in Maghaberry prison.

While in prison, his associate took a bag containing £500,000 to jail with a view to paying the fine and having him released. It was confiscated for examination and also on suspicion some of it may have been counterfeit.

The man tried to claim the £500,000 in the bag represented the proceeds of the cigarette smuggling he was convicted of in 2005.

However, some of the notes in the bag were dated post-2005 and could not have been the proceeds of crime committed on or before that date.

The case of the fine, which has now increased to £601,355, is ongoing and was once again in the courts last year.

Gardaí and the authorities in the North and Britain believe the man is the head of an organised crime gang that has smuggled tobacco, cigarettes, alcohol and many other types of contraband.

During searches targeting the gang on Wednesday in Monaghan, gardaí found a large quantity of Viagra tablets that were destined for sale on the black market.

Two of the man’s brothers were killed during the Troubles in what was claimed were “shoot to kill” cases. One of them, an INLA member, was shot dead with an assoicate by the RUC. The other brother was one of two IRA men shot dead by the SAS in an incident almost a decade later.

The man at the centre of the smuggling inquiry was convicted and jailed for 15 years for his part in a Provisional IRA landmine attack outside Armagh in December 1984, in which seven UDR men were injured.

He was in prison when his brothers were shot dead but was released from the Maze prison for the funeral of one, which was addressed by then Sinn Féin leader Gerry Adams, who vowed to complete the dead man’s “unfinished business”.

The CAB suspect’s imprisonment in the mid-1980s for the attack on the UDR was not the first time he had been sent to jail. In 1976 he was convicted for his role in an armed robbery linked to terrorism in Co Monaghan and jailed.

However, just before he was caught and jailed, he was also involved in a shooting incident outside the Cuckoo Club nightclub on Cavendish Row in Dublin.

In November 1976, he and another man were ejected from the club after a fight but they returned with a gun and wounded one of the doormen. He received a jail term for that shooting, which he served consecutive with the sentence received for the armed robbery in Monaghan.

When released in the 1990s from his third significant prison term – for the 1984 UDR landmine attack – the man did not commit to the peace process. And gardaí believe he was active in the Real IRA.

He was charged with membership of an illegal organisation, namely the Real IRA, in November 2002. He was one of four men charged arising from a raid in Co Monaghan targeting the Real IRA.

However, they denied the charges and the case eventually collapsed on the 18th day of their trial. One of the four was murdered while on bail awaiting trial at the Special Criminal Court.

The Provisional IRA believed he was an informer and murdered him; his body was found in a car pulled from a Newry canal in 2005, some two years after he disappeared.

Since being released from his last prison sentence, gardaí believe the man has run a major cross-Border smuggling operation on a national scale and now efforts are underway to seize his properties in Ireland and the UK.

However, Garda sources have said the case may take some time before the extent and whereabouts of the property he is believed to own or control are confirmed.